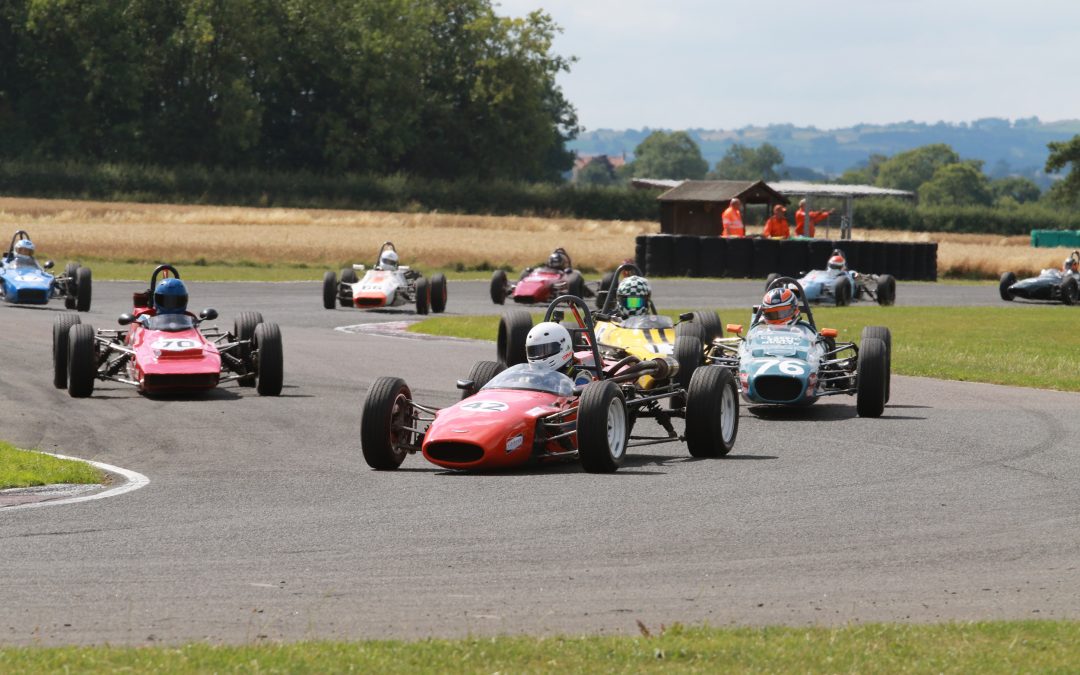 The Historic Sports Car Club will return to the excellent Croft circuit in North Yorkshire over the first weekend of September (3/4) to be at the heart of the return of the Croft Nostalgia Festival.

After a three year absence, this headline event at the Darlington circuit will return with its winning mix of on-track racing, parades, demonstrations and off-track activities all celebrating a period ranging from the 1940s through to the 1980s.

The HSCC will be managing the race programme which will include sports and GT racing from the Guards Trophy, 70s Road Sports, Historic Road Sports and Classic Clubmans.

Single-seaters play a major part in the event, topped by the Formula 5000, Formula 2 and Formula Atlantic cars in the Aurora Trophy. One of the fastest cars of the weekend will be local ace Richard Evans from Whitley Bay in his Formula Atlantic March 79B. Richard’s father Jim was a regular winner at Croft in Special Saloons in the 1980s.

It is a bumper programme of racing with double headers for many of the categories while the Guards Trophy will be a 40-minute pit-stop race for 1960s GT and sports-racing cars. The Historic Touring Cars are always crowd pleasers and the early entries include former BTCC racer Simon Blanckley in an Austin A40.

Off track, there will be much to entertain the whole family with a real festival feeling. Live music, traditional fairgrounds, car club and vintage displays are all part of the weekend and spectators are encouraged to arrive in period of dress ranging from the 1940s to the ‘50s and the swinging ‘60s. Hundreds of classic cars are expected at what is one of the premier events of the genre in the North-East.

Andy Dee-Crowne, CEO of the HSCC said: “After a sabbatical, we are delighted to be playing a key role in the return of the Croft Nostalgia Festival. We’re taking a full programme of HSCC racing to what has always been a very popular event at a popular track. It should be a great weekend as we head into the closing stages of our 2022 racing season. I’m sure there will be some great battles as championships start to be won and lost.”