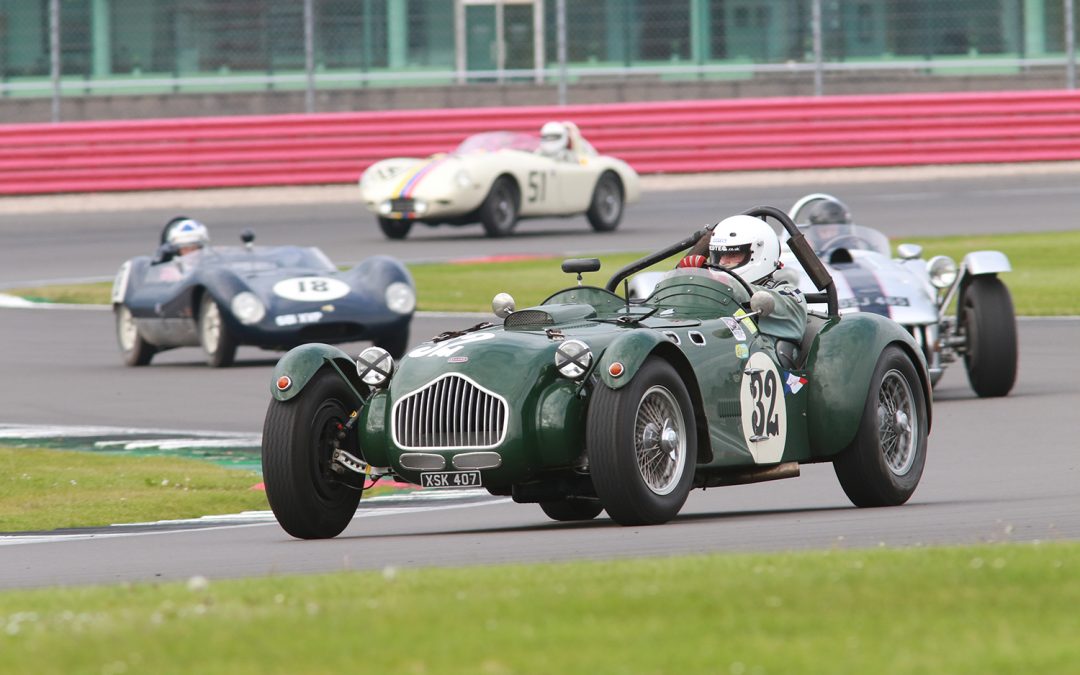 The inaugural Griffiths Haig Trophy races from the Historic Sports Car Club have been judged a great success based on competitor feedback.

For the pair of 20-minute races on the Silverstone Grand Prix circuit in mid-May, a field of 20 cars was assembled as the new series for 1950s drum-brake sports cars celebrates two founding members of the HSCC.

Despite changeable weather conditions, there was plenty of good racing and a tremendous spirit amongst the drivers who relished the chance to race their drum-brake cars in a grid devoid of faster disc-braked cars and cars driven by professional or semi-professional drivers.

Series prime mover Tony Bianchi said: “I think it was a resounding success. Interestingly, I found that the midfield cars and drivers absolutely loved it because they were not being lapped or overtaken by faster cars. It allowed them to concentrate on their own race. The front runners also loved it. People liked the camaraderie in the pit garages and the paddock and the overall spirit. It’s early days for the Griffiths Haig Trophy, but this was an excellent start.” 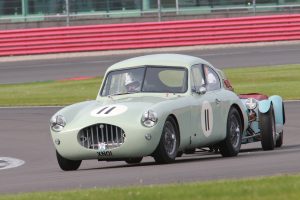 Other comments included those from John Chisholm (Lola Mk1): “It was a wonderful mixed collections of cars and despite the challenging weather, everyone had a fantastic day.” Chris Keen, who finished on the podium in both races in his Kurtis 500S, said: “To be on track with a field of fellow drum-brake cars was really refreshing.”

Steve Wright raced his Porsche 356 at Silverstone. He said: “It was the best racing I’ve experienced in 13 years of historic motor racing. The racing was close against comparable and genuine cars that weren’t hot rods, driven by people who were there to enjoy a race but not looking to win at all costs. It resulted in exceptionally close racing and the rain clearly produced a level playing field.”

Race winner Tim Llewellyn (Allard J2) said: “It seemed everyone in the race enjoyed themselves, which is the most important thing. They’re a great, great bunch of people doing it for all the right reasons and there was quick and close driving but with no silliness. We will be coming back for more.”

There are three more dates this season for the Griffiths Haig Trophy, starting with the high profile Oulton Park Gold Cup meeting at the end of July and taking in the Castle Combe Autumn Classic in late September and the Dijon Motors Cup (7-9 October).

Andy Dee-Crowne, CEO of the HSCC said: “We were really pleased with how the Griffiths Haig Trophy series started. We feel this is a great platform to build from and we look forward to seeing everyone along with some more new competitors when we reconvene at Oulton Park.”