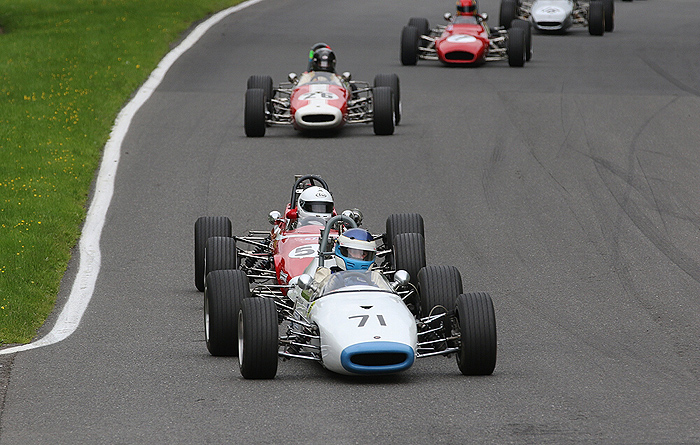 A double-header at the famous Zandvoort circuit in the Netherlands is the key 2017 date for the Historic Sports Car Club’s Historic Formula 3 Championship. In addition, the fabulous 1-litre F3 cars of the late 1960s will race on the Grand Prix circuit at Silverstone in May.

Two races will be run within the prestigious Zandvoort Historic Grand Prix (1-3 September) as part of the event’s celebrations of the circuit’s Formula 3 heritage. A strong field of UK competitors is expected along with entries from across Europe. European competitors are also expected at Silverstone and Cadwell Park.

The evocative ‘screamers’ competed across the race tracks of Europe between 1964 and 1970. In 2011 the first stand-alone historic race for these cars was run at the Cadwell Park Wolds Trophy. The following year this was extended into a fuller series of stand-alone races and support was such that Historic F3 was able to secure full championship status.

The category is open to any 1000cc F3 car built between 1964 and 1970. In period, World Champions and many future Grand Prix stars made their names in these charismatic racing cars and the era was famed for fantastic racing.