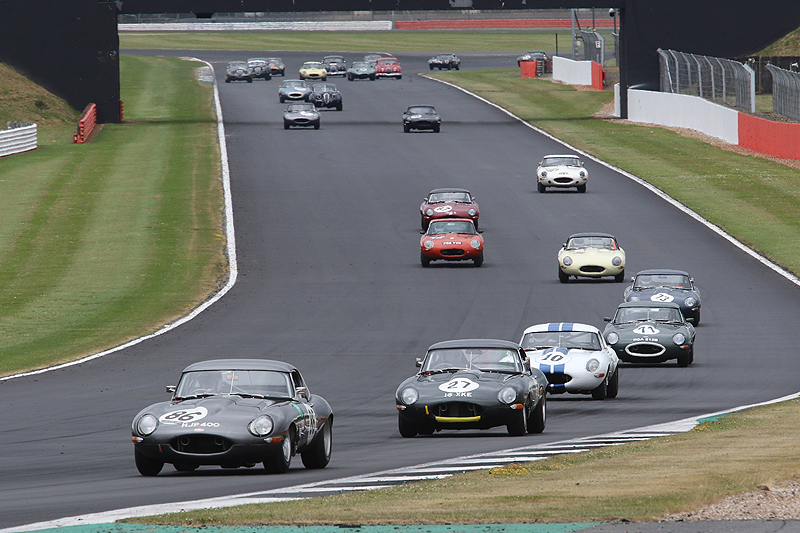 The Historic Sports Car Club has unveiled the 2019 Jaguar Classic Challenge, which will feature a superb schedule of five high-profile race dates as well as an invitation race at the spectacular Dijon-Prenois circuit in France.

With Donington Park, Silverstone GP, Brands Hatch GP and Spa-Francorchamps all on the schedule, joined by a debut visit to the Croft circuit in North Yorkshire, it is a first class calendar for the Jaguar Classic Challenge, which is managed by the HSCC in conjunction with Jaguar Land Rover.

The Jaguar Classic Challenge is open to XK series, C-type, D-type, Mk1 and Mk11 saloons and pre ’66 E-types running to original specification. The race series ran for the first time in 2015 and built on the success of the earlier E-type Challenge.

First run by the HSCC in 2011 to mark the 50th anniversary of the model, the E-type Challenge ran for three seasons and, after a year’s gap, was successfully followed by the Jaguar Classic Challenge. The HSCC is now taking the Challenge into its fifth year.

The season starts at the high-profile Donington Historic Festival (3-5 May) and then takes in prime slots on the Silverstone Grand Prix circuit (18/19 May) and the Brands Hatch Grand Prix circuit (29/30 June) along with a new date at the Croft Nostalgia Weekend (3/4 August) before concluding at Spa-Francorchamps during the fabulous Classic Six Hour meeting (28/29 September). In addition, the HSCC will administer an invitation race for cars from the Challenge at the prestigious Peter Auto event at Dijon in France (8/9 June).

Andy Dee-Crowne, CEO of the HSCC, said: “We are delighted to announce details of the Jaguar Classic Challenge for 2019. The calendar is exceptional and the addition of the invitation race at Dijon marks a chance to tackle one of the best tracks in Europe. The HSCC offers competitors cost-effective racing at superb tracks and we look forward to another very successful season of Jaguar racing.”