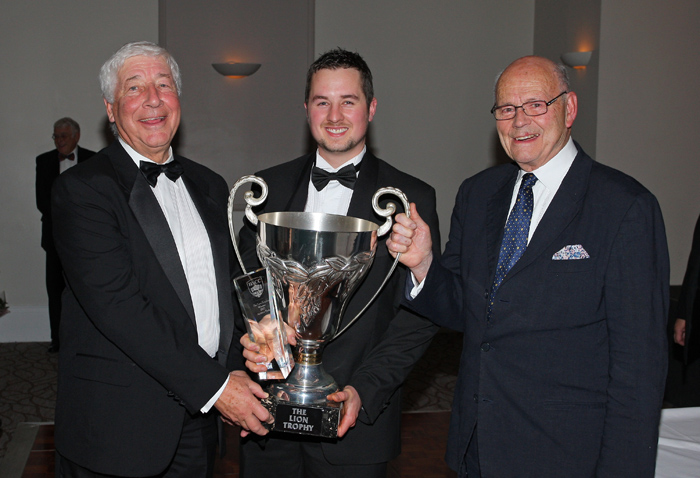 The Historic Sports Car Club celebrated its 2015 racing season with the annual awards dinner and prize-giving at the Whittlebury Hall near Silverstone on Saturday (28 November).

All of the champions and trophy winners from the club’s portfolio of 16 championships and race series received their awards as guest of honour Howden Ganley took centre stage. The former Grand Prix driver was a very popular guest and will shortly go back to his racing roots by being the patron of the Formula Junior Diamond Jubilee World Tour, which starts in January.

In addition, the club has an extensive range of special awards and trophies and the 2015 recipients were:

Two very special awards were reserved for drivers who came very close to winning overall championship titles. After missing the Historic FF2000 title by a single point in his Reynard SF81, Andrew Park was presented with The Lion Trophy. This huge trophy has been loaned to the Club by its original winner John Brindley who was on hand to present it.

Another new trophy on loan from its original winner, Warwick Banks, was the Guards 1000 Trophy and this year’s winner was Michael Hibberd for just missing out on the Guards Trophy title with his Lotus 23B.