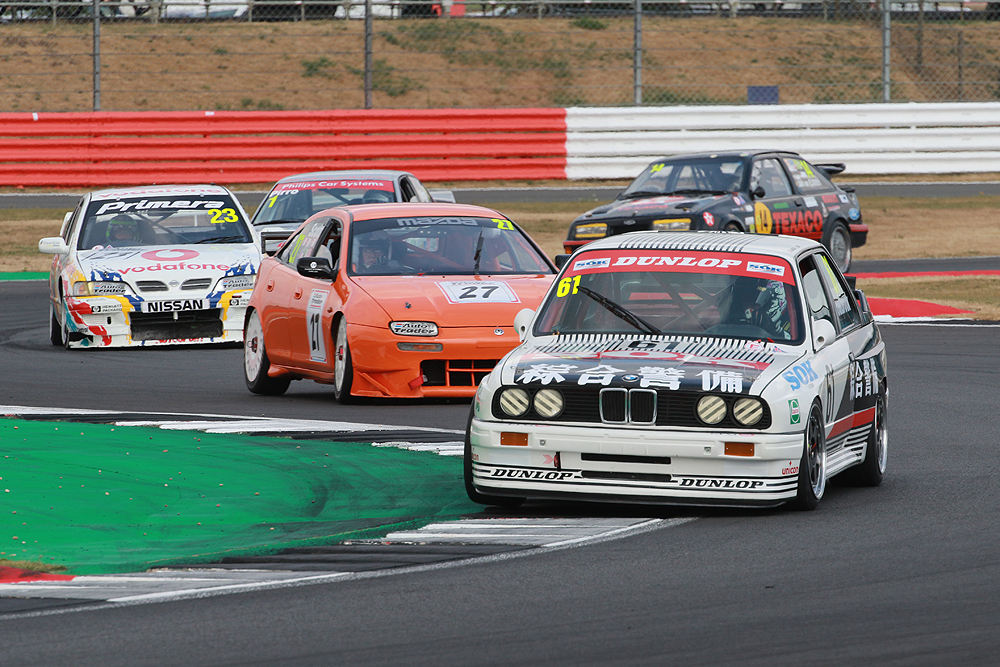 Three of the most evocative eras of Touring Car racing will race together on one grid in 2019 with each ‘race within a race’ honouring a superstar of that generation: Tom Walkinshaw, Tim Harvey and David Leslie.

The Dunlop Saloon Car Cup is a newly launched historic racing series that has three distinct categories. Each class of car, made famous in championships such as the British Touring Car Championship (BTCC), will all receive the same high level of promotion and support from the Cup promoters, the Historic Sports Car Club. Each category will feature in a premium four event calendar at the UK’s top circuits.

The Group 1 era of saloon car racing pays tribute to a driver and team owner whose legend and influence spans several eras and genres of motorsport. Tom Walkinshaw made his British Saloon Car Championship debut in 1973 in a Ford Capri, after considerable success in single-seater racing. He then formed TWR, a team that quickly became the benchmark in touring car racing, including wins for Tom behind the wheel of cars as diverse as the Wankel engined Mazda RX7 and the mammoth V12 Jaguar XJS, before the team’s trademark engineering excellence led to success at Le Mans (with Jaguar and Porsche) and F1 (with Arrows and Benetton).

However, it was the Group 1 era where Tom first made an impact. The international Group 1 regulations demanded that 5000 production cars were made before a car could compete in BTCC and international series such as the European Touring Car Championship. A multi-class structure meant that races could cater for cars ranging from thundering Chevrolet Camaros to Mini 1275GTs and the HSCC expects a wide range of cars from the 1970s and early 80s to battle for the inaugural Tom Walkinshaw Trophy.

Tom passed away in 2010, and his son, Sean, has given the family’s blessing to the Trophy. Sean said: “I’m really grateful that the Trophy is using dad’s name. He achieved so much in touring car racing, both as a driver and team owner and it all started in the 1970s Group 1 era. Touring cars were always my dad’s passion and it was the building block for what TWR eventually became. It’s going to be great to see all these Group 1 cars on track, especially as this was way before my time. I’ll maybe even see one of my dad’s old cars race again.”

Group 1 was replaced with the FIA’s Group A regulations in 1982 which insisted on a set quantity of ‘homologation specials’ be made to the racing specification. This led to manufacturers developing some of the most exciting production cars ever to be sold in mainstream showrooms. The fire-breathing Ford Sierra RS500, nimble BMW E30 M3 and thundering Rover Vitesse became synonymous with the mid-eighties era of excess.

Former BTCC champion, Tim Harvey commentates on modern-day touring car battles for ITV, but has fond memories of the era, saying: “The Group A era had it all. Recognisable cars, more power than grip and rear wheel drive. My first BTCC win was in the V8 Rover Vitesse in 1987, but it was the Ford Sierra RS500 that became the fans’ favourite. I’m proud of my victories in the Labatt’s liveried Sierra. It’s going to be fabulous to see these cars emerge from collections and allow a new generation of fans to experience the sights and sounds of a brilliant era of touring car racing.”

The family of David Leslie has given their support to the Cup, paying tribute to one of Scotland’s fastest and most determined racers. David was a front running single-seater racer, most famously beating Ayrton Senna to Formula 3 pole position at Silverstone in 1983.  After success in World Sportscars, he found a new career in the BTCC. Winning with the Ecurie Ecosse Vauxhall Cavalier, he became a regular winner in manufacturer teams driving the Honda Accord and Nissan Primera. These three cars typified the ‘Super Touring’ generation of 1990s BTCC, with closely matched 2-litre touring cars with high-revving engines and advanced aerodynamics. Manufacturer investment hit an all-time high as they realised the BTCC was a perfect platform for engaging car buyers and winning share in the valuable UK fleet market. Nearly 30 different models of car were homologated by manufacturers for Super Touring racing. 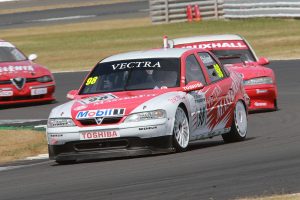 Jane Leslie describes her late husband’s time in the BTCC: “There are endless happy memories. It was a fantastic era of technology and competition and the family is truly honoured that David’s legacy will be celebrated with this event. The cars were sophisticated and demanding and I think the historic racing community is amazing in how they bring these cars and memories back to life.”

The David Leslie Cup will include cars from the Super Touring era, but also the lower-cost BTC Touring era that followed in the early 2000s as cars such as the Vauxhall Astra Coupe, MG ZS and Honda Integra do battle. David was also a leading figure in this period, taking the Proton Impian to podium finishes in 2002.

The Tom Walkinshaw Trophy, David Leslie Cup and Tim Harvey Trophy will all receive equal promotion under the overall umbrella of the Dunlop Saloon Car Cup. This is an important selling point for the promoter, as each era gets its own identity rather than a conventional class hierarchy. Andy Dee-Crowne, CEO of the HSCC, said: “We’re delighted to have the support of the Leslie and Walkinshaw families and the endorsement from Tim Harvey. The three eras of Touring Car racing appeal to different generations and for the HSCC it marks a new opportunity. It widens our span of racing to include the ‘modern era’ of the mid-2000s and will attract a new fan base to HSCC events.

“It is wonderful to have Dunlop’s support. They have been part of the BTCC since the very first season in 1958 and Dunlop tyres have been used by race winners in each of the three eras we are showcasing. They are a fantastic technical partner to the Cup and their investment builds a strong bridge to their involvement in contemporary BTCC.”

The HSCC will display a car from the Cup at the Race Retro Motorsport Show in Warwickshire from 22 to 24 February.