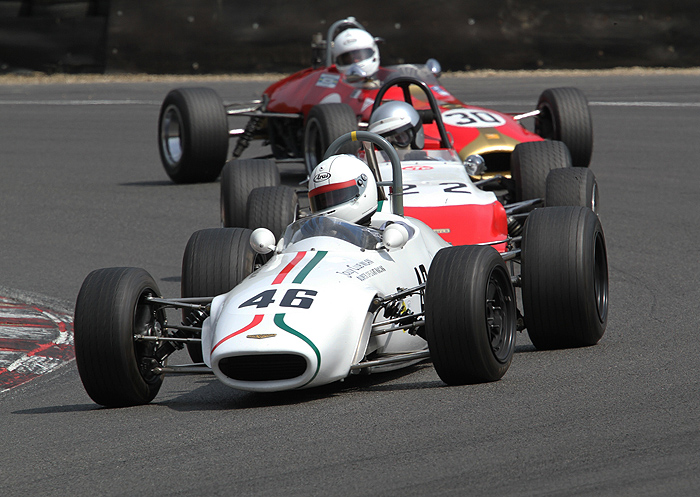 The HSCC’s Historic Formula 3 Championship will have its best calendar to date in 2014, with races on the Grand Prix circuits at Silverstone and Brands Hatch as well as a slot in the programme for the high-profile Donington Historic Festival.

The category for the 1-litre Formula 3 cars raced between 1964 and 1970 has enjoyed tremendous growth over recent seasons and has been rewarded with a superb schedule of stand-alone races. Keith Messer from the 1000cc Historic Formula 3 Racing Association says the calendar is the result of consultation with competitors.

“We did a competitor survey about dates and that feedback was really useful in sorting out the 2014 calendar,” said Messer. “We’re aiming at a grid of 30 cars for the double-header Donington Historic Festival. We’ll also repeat the Justin Haler Memorial Trophy race at Cadwell Park in June.”

The schedule for the Historic F3 Championship is:

Due back on the grid for the coming season are front-runners David Methley (Merlyn Mk14), Jim Chapman (Lotus 59) and Steve Wilkinson (Brabham BT21). Meanwhile, two Lotus 41s could be on-track with the ex-Team Lotus car previously raced by Gareth Williams now in the hands of John Pearson and German racer Klaus Bergs due out in his ex-Mo Nunn car, which has not raced for many years.

Another rare car expected to join the grid is the UK-built Penny-Ford, which Australian racer Kim Shearns is planning to bring to Europe for the summer season.

Grahame White, CEO of the HSCC, said: “We’ve worked closely with Keith Messer and the Association to deliver an excellent schedule for the growing number of 1-litre Historic F3 competitors.”