Titles to be decided at HSCC finals meeting 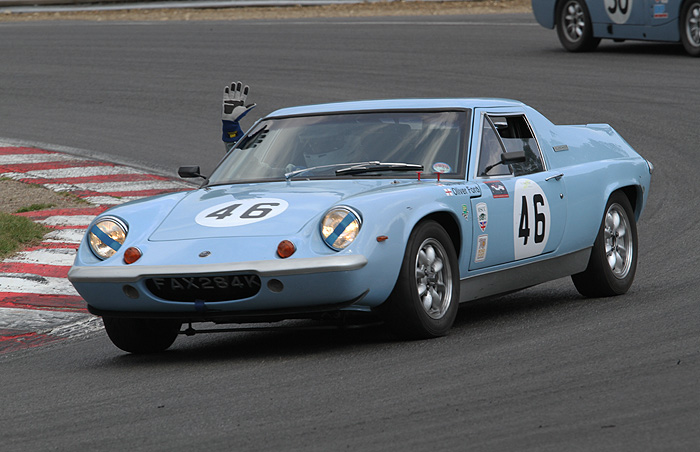 The final two 2013 champions from the Historic Sports Car Club will be decided during the club’s closing race meeting of the season at Silverstone (Saturday 19 October), with the destiny of the 70s Road Sports and Historic Touring Car Championships to be resolved.

The one-day meeting features a quick fire nine-race programme run in less than five hours, covering nine categories of cars from the 1960s, 1970s and 1980s. The HSCC Championship Finals Meeting is always a great climax to the racing season and an entry of over 250 cars will wrap up another highly successful championship season for the club.

The big nail-biter comes in the 70s Road Sports Championship where Julian Barter (TVR 3000M) leads with 105 points against the 101 of Lotus Europa driver Oliver Ford. However, when two dropped scores are factored in, Ford starts the day with a theoretical two-point advantage. With a potential 11 points available to each driver in the final race, it really is wide open and both drivers face significant class opposition.

The title battle in the Historic Touring Car Championship is between two old friends and rivals: Welshman Tim Davies and race engine builder Neil Brown. They have been friends since Brown built Formula Ford 2000 engines for Davies in the 1970s and are now racing Lotus Cortinas. Once dropped scores are taken in, Davies has a three-point lead over Brown and so it will take a problem for Davies before Brown can steal ahead.

On a day of bumper grids, the Guards Trophy and Formula Junior grids are both over-subscribed, while the Historic Road Sports and Historic Formula Ford Championships both have more than 30-car grids. The grids for Touring Cars, Classic Racing Cars and 70s Road Sports are all close to 30 cars, while the day is rounded out by races for the Classic Formula 3 Championship and Derek Bell Trophy.

Notable entries for the meeting include Ben Mitchell making his Classic F3 debut in Simon Hadfield’s ex-Rupert Keegan March 743 and Al Fleming, who has his first race in the F2 Ralt RT1 raced this season by his son Nick.

A fabulous 41-car field for the Guards Trophy includes the Ford GT40 of Gisella Ketvel and a sextet of Chevron B6/B8s going up against the Ginetta G6 of Graeme Dodd. Other rare cars include the Brabham BT5 of Tony Bianchi and the Cannon GT of Christopher Glaister.

The first of nine races will start at 12.50 after qualifying from 9am. Adult admission is just £10 and children under 12 are admitted free.