Titles to be decided at HSCC Brands Hatch meeting 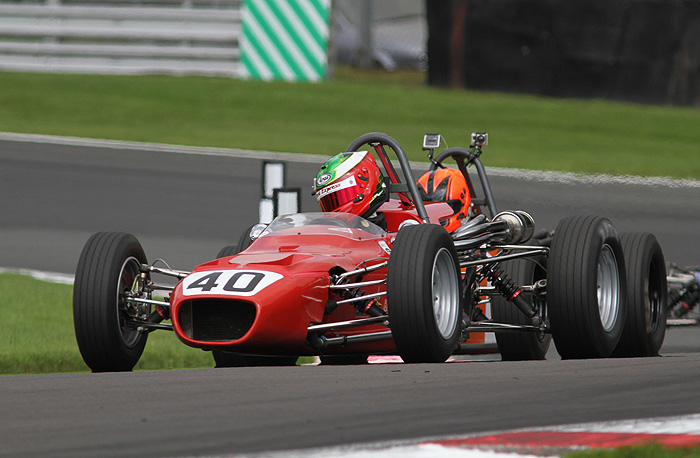 Three 2013 champions could be crowned during the Historic Sports Car Club’s penultimate race meeting of the season at Brands Hatch (Saturday 28 September), with Sam Mitchell, John Shaw and Graham Fennymore all in strong positions to clinch their respective series titles.

The one-day meeting on the Brands Hatch Indy circuit includes a very busy 10-race programme covering nine categories of cars from the 1960s, 1970s and 1980s. The schedule includes the 13th round of the FJHRA/HSCC Millers Oils UK Championship, with separate races for the front and rear-engined cars. Elva racer Mark Woodhouse has a commanding lead in the championship and is virtually assured the title after an exemplary campaign.

Several HSCC champions are likely to be confirmed during the club’s penultimate championship race meeting of the season and it is 18-year old Sam Mitchell who is looking very strong to win the Historic FF1600 crown in his first full season of racing. Mitchell needs to score only two points if his main rival David Wild wins at Brands and if Mitchell does take the title he will emulate the success of his father Westie in the same Merlyn Mk20 in 2009.

Porsche 911 racer John Shaw is set to celebrate the model’s 50th anniversary year in style by clinching the Historic Road Sports title, while Graham Fennymore is on target to seal the Classic F3 title against former champion Benn Simms. Fennymore has enjoyed a fine season in the ex-Martin Brundle Ralt RT3, but Simms is chasing hard in the ex-Eddie Jordan March 803B despite missing a couple of mid-season races.

The contest for the 70s Road Sports title looks likely to go down to the wire in the Silverstone final (19 October) as Oliver Ford (Lotus Europa) and Julian Barter (TVR 3000M) continue their season-long battle. Another battle that should run to the last race of the season is in the ByBox Historic Touring Car Championship where old friend and rivals Neil Brown and Tim Davies are level on points once dropped scores are factored in. Each must win their class at Brands in their Lotus Cortinas to keep their title bids on track.

The first of ten races will start at 13.10 after qualifying from 9am. Adult admission is just £13 and children under 12 are admitted free.