Super Touring Trophy steps up a gear with HSCC 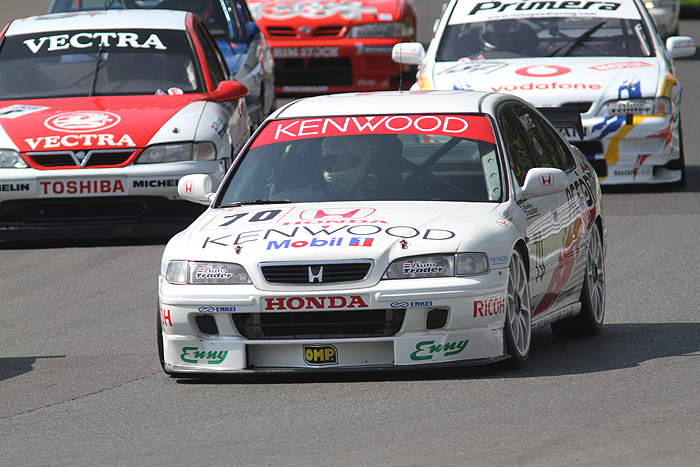 The fast-growing Super Touring Trophy will step up a gear in 2014 when the Historic Sports Car Club runs a full championship for the cars with a calendar that includes a very high-profile date alongside the contemporary BTCC at Oulton Park.

Details of the 2014 programme for the Super Touring cars of the 1990s were unveiled today (Thursday 9 January) from the HSCC stand at Autosport International.

With four dates at major UK historic racing festivals, the cars will also race on the BTCC support programme at Oulton Park in June. This date traditionally attracts one of the biggest crowds of the BTCC season and the cars that raced in the British Touring Car Championship in the 1990s are sure to be a massive draw for the fans. In addition, the prospect of live TV coverage on ITV4 is another major boost for the championship.

The full schedule for the Super Touring Trophy is:

Stewart Whyte, winner of the 2013 Super Touring Trophy says the news is excellent for everyone with a passion for the cars. “It’s a good time to be involved in Super Touring and the championship is getting more and more recognition,” said Whyte. “I think 2014 will be the year for it to really take off and it will be great to be on the BTCC programme at Oulton Park.”

Grahame White, CEO of the HSCC, is equally pleased with the developments. “We are delighted to be running a full championship for the Super Touring cars in 2014 and we’ve arranged an exceptional calendar,” said White. “The signs are that the championship is going to be very popular indeed, both with the competitors and the fans.”