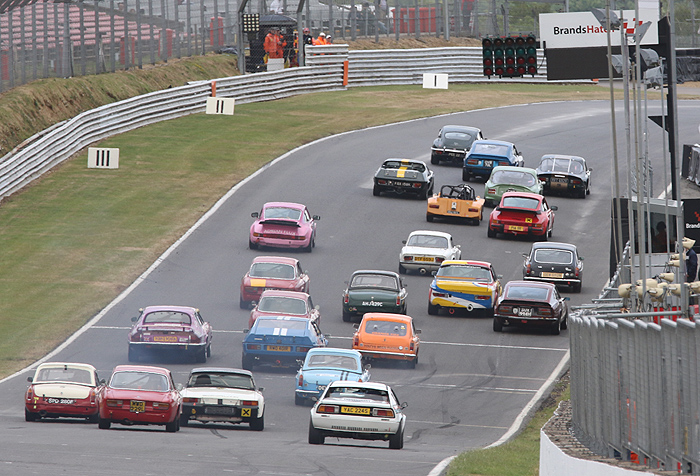 A double-header championship round at Spa-Francorchamps will be the highlight of the 2016 schedule for the Historic Sports Car Club 70s Road Sports Championship.

For the first time, the pair of half-hour races at the prestigious Classic Six-Hour meeting (16-18 September) will be rounds of the championship, which will open at Castle Combe on 16/17 April. This year is the 20th anniversary season for 70s Road Sports as a full championship.

Competitor response to the 2016 championship has been universally popular and a number of new drivers will join the grid including former Clubmans champion Howard Payne in a freshly-prepared Lotus Europa.

The 70s Road Sports regulations require that cars are prepared and maintained in close to original specification and must be road legal with a current MOT. Several cars are driven to and from the race meetings, yet the leading cars produce lap times that are comparable with the fastest Historic Touring Cars. Competitors who drive their car to events also score bonus points in the championship.

HSCC Chief Executive Officer Grahame White said: “70s Road Sports has been a prominent HSCC category for 20 years now and continues to offer great racing at a very accessible level. The two races at Spa will be a real highlight of the season.”