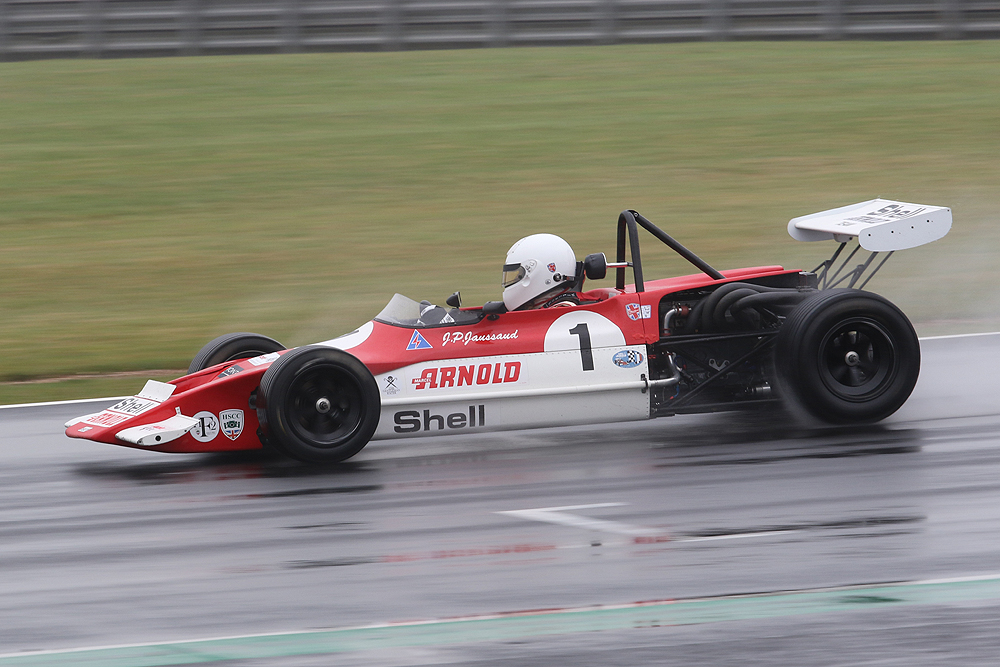 While Matthew Watts (March 772) and Andrew Smith (March 742) took  race wins during the deciding rounds 11 and 12, the five category champions were all confirmed as some tough weather conditions provided a major challenge for the drivers.

Saturday’s race ran in a dry window which allowed everyone to run on slicks and Watts was able to take a fine win as Stretton and Smith battled over second place. Up to a strong fourth came Mike Wrigley (Chevron B42) from David Tomlin (Rondel M1) and Charteris.

On Sunday torrential rain hit the track and a number of drivers elected not to run in the difficult conditions. However, Smith proved master of the weather and won by more than 40 seconds from Kaufmann, Wrigley, Laurent Vallery-Masson (March 77B) and Tomlin.

Simac took a first and a second place in the Jochen Rindt Trophy for the 1600cc F2 cars over the two races to seal the category title and end the year as overall top scorer. However, Julian Stokes also starred by winning the division on Sunday in his Tecno. Nick Pancisi (March 712) was right in the contest and beat Stokes to second on Saturday by a third of a second before chasing Simac home in Sunday’s rain.

Goodyear (Lotus 59) wrapped up an outstanding campaign by winning the Vern Schuppan Trophy for the early Formula Atlantics despite a constant challenge from Paul Tonkin (Chevron B29). Australian racer Bullock (Chevron B34) settled the Gilles Villeneuve Trophy for the later Formula Atlantics against a strong challenge from series newcomer Peter Micklewright (March 76B).

With O’Connell (Chevron B42) and Miles Griffiths (Ralt RT1) missing the trip to France, O’Connell was confirmed as winner of the Giacomelli Trophy for the later F2 cars. However, another strong weekend for Tomlin in the rare Rondel moved him up to second at the expense of Griffiths. Another Australian commuter Stephen Weller was confirmed as winner of the Jim Clark Trophy for the non-winged F2 cars in his Elfin 600B.

By any measure, it has been a stunning season for the HSCC Historic Formula 2 FIA International Series with 80 drivers taking part across 12 races at six high-profile European historic racing festivals. Plans for the 2020 season are rapidly taking shape and more details will be announced in due course.