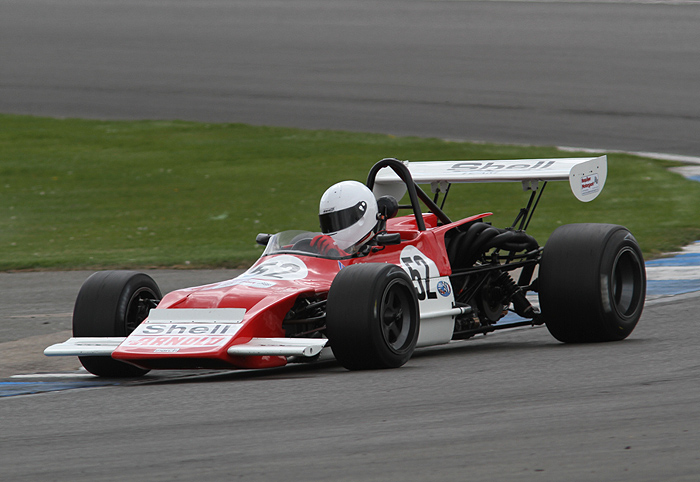 Going into the final two races of the 10-race season, Simac (March 712M) only needed to score eight points across two races but went even better to take two class victories and secure the overall title in style. He won the 1600cc F2 class in both races, but was very hard-pressed in Sunday’s race when Tim Barrington (Lola T240) finished only three-tenths of a second behind.

Fleming then suffered mixed fortunes in the pair of races for the Martini Trophy with his Chevron B36. Having won on Saturday, Fleming retired early in Sunday’s race and handed victory to the Lola T292 of Michele Liguori.

The pair of Historic Formula 3 races delivered some typically close and exciting racing and in the opening contest Francois Derossi (Chevron B17) beat British racer Dean Forward (Tecno) by half a second. Forward took his revenge in the later race to beat Derossi by a slightly bigger margin.