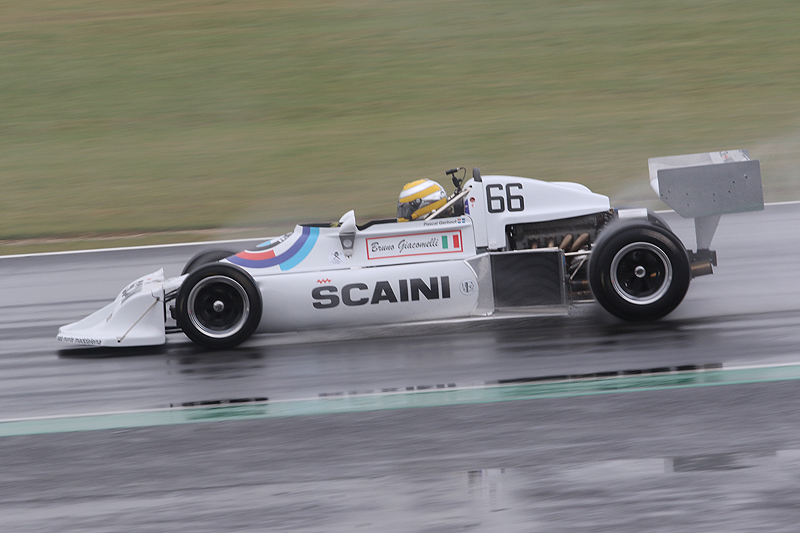 The Silverstone Classic proved to be a spectacular showcase for the Historic Sports Car Club’s International Historic Formula 2 Series, with a record-breaking field, two tremendous races and unparalleled interest in the category.

In front of an audience measured in tens of thousands, the pair of Historic F2 races delivered a glorious sight and sound and the opening race on Saturday was one of the best of the weekend as Miles Griffiths, Martin O’Connell and Darwin Smith battled for victory. With fine contests all down the order and across the category’s five divisions, F2 was a real hit.

In the remarkable 56-car field were a number of fresh cars and new drivers, while at least another 10 cars are currently under preparation and a gaggle of interested drivers from other historic categories were taking a close look at F2 over the weekend. The entry included cars from 10 manufacturers and drivers from ten countries including Australia and America. 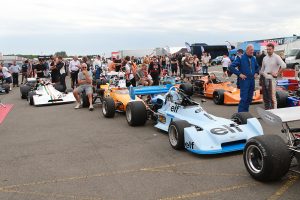 For the first known time since their participation in the 1977 European F2 Championship, all three Team Opert Chevron B40s were together on track, driven by Martin O’Connell, Terry Fisher and Frazer Gibney. Fisher was making a racing comeback after nearly a decade out of the sport.

The ex-Bruno Giacomelli March 772 car raced for the first time in more than 20 years in the hands of Frenchman Pascal Gerbout. He found chassis number 1 in a garage in France two years ago where it had been stored for at least two decades. “I only did four laps of qualifying at Magny Cours before a driveshaft broke, so this is the car’s first race for over 20 years,” said Gerbout.

Frenchman Laurent Vallery-Masson made his UK debut in the ex-Grahame Lawrence March 76B. This is the New Zealand Championship-winning car now running in 1977 F2 specification. Meanwhile, American racer Grahame Adelman rejoined the series in the 1973 European F2 Championship winning March 732 of Jean-Pierre Jarier. 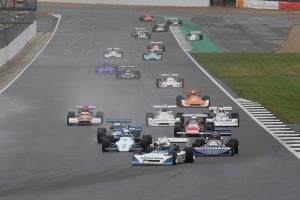 Former Caterham and Historic Formula Ford racer Neil Shinner made his Historic F2 debut in a Formula Atlantic specification March 712 that had not run for at least a decade. Shinner has spent the last 18 months concentrating on his son Spencer’s karting career but will now race the Wainwright-prepared March on a regular basis.

Making his Formula 2 debut was Historic Formula Ford champion Cameron Jackson in the ex-Richard Meins March 762. Unfortunately his weekend was badly hampered by a misfire which thwarted massive efforts by the Neil Fowler team. However, he loved the experience of driving a Formula 2 car and would surely be a front-runner for the future. Meanwhile, team boss and fellow former Historic Formula Ford champion Neil Fowler showed excellent pace in his first run in a March 782 that was originally a hillclimb car for Roy Lane.