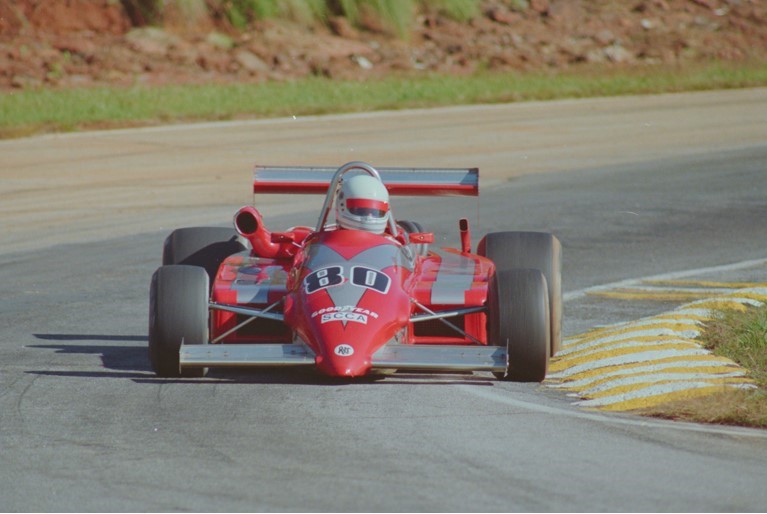 Formula Ford star Rory Smith is one of the first drivers to commit to the new Historic Sports Car Club Geoff Lees Trophy for 1980s single-seaters.

Last October, the 21-year-old won the Formula Ford Festival and will now move up the single-seater ranks to race a Formula Atlantic Ralt RT4. Smith and his father Ray have acquired the RT4 from New Zealand and Rory will race it in the HSCC series alongside his modern Formula Ford programme.

“It’s a step up to slicks and wings and a lot more power,” said Rory’s father Ray. “This seems a more cost-effective option in a powerful car to gain experience and build his reputation. It has 220bhp and weighs 470kg, so it is very similar to more modern cars. We’re certainly not shutting the door on modern racing: this is to complement it.”

More than 100 RT4s were built by Ron Tauranac’s company through the early 1980s, primarily for Formula Atlantic and until the creation of the Geoff Lees Trophy there has been no obvious place to race them in the UK until now. The last period Formula Atlantic race in the UK was at the end of the 1983 season.

The RT4 is currently in transit from New Zealand and is due to arrive in the UK in early March. It was originally raced in America in 1985 by Charlie Batka and was later sold to Australia and New Zealand.

The Geoff Lees Trophy is open to all up to 2-litre 1980s single-seaters and will start its 2021 season on the Silverstone Grand Prix circuit on May 22/23.