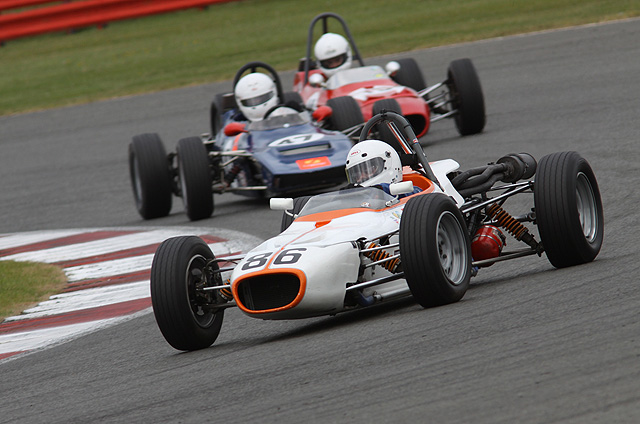 A new record for the biggest grid ever seen in Formula Ford racing will be set at this year’s Silverstone Classic (26-28 July) when more than 50 cars from the HSCC’s Historic Formula Ford category contest a pair of races on the Grand Prix circuit.

Never in the 46-year history of Formula Ford have more than 50 cars lined up on one grid. The HSCC has already taken 52 entries for the high-profile event and now just needs two more cars to hit the grid capacity of 54 cars.

“We have had a fantastic response from competitors,” said Grahame White, CEO of the Historic Sports Car Club. “They will all be making a piece of history. I’d like to thank Nick Wigley and his team for the chance to bring Historic Formula Fords to the Silverstone Classic. I’m delighted that Nick couldn’t resist joining the grid.”

Silverstone Classic event director Wigley will campaign a Merlyn Mk20 for the weekend in a field spanning no less than 16 different marques. Former category champion Westie Mitchell will return in the Merlyn Mk20 normally raced this season by his teenage son Sam and he will take on drivers like Benn Simms, Callum MacLeod, Callum Grant, Tiff Needell and Michael Mallock in a field of outstanding quality.

The HSCC’s Historic Formula Ford Championship is for cars from the first five years of Formula Ford; cars built and raced before 31 December 1971.