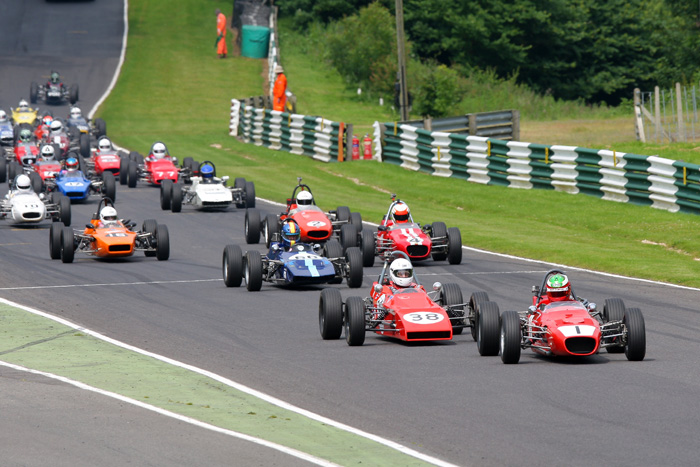 Teenager Sam Mitchell was one of the stars of the weekend at Cadwell Park during the Historic Sports Car Club’s Wolds Trophy race meeting (Saturday/Sunday 21/22 June).

Mitchell, having his first races of the season following the conclusion of exams, took a classy pair of wins in the HSCC’s Historic Formula Ford Championship in his family’s Merlyn Mk20. In the opening race, the Gloucestershire youngster went well clear of the pack but in the second race he had to fend off Benn Simms (Jomo) as little more than a second split them at the flag.

The result overturned an even closer finish two weeks earlier at Snetterton when Sam’s father Westie was beaten to the flag by Simms with a margin of just one-thousandth of a second.

As Cadwell Park celebrates its 80th birthday season, the bumper programme covered a broad range of sports cars, touring cars and single-seaters from the late 1950s through to the early 1980s and included the Justin Haler Trophy races for the Historic Formula 3 Championship. The very rapid David Methley took a double Historic F3 win in his Merlyn Mk14A.

Graham Fennymore was the man to beat in the HSCC Historic Formula Ford 2000 Championship, taking a brace of wins in his Reynard SF81. However, neither win was easy as Tom Smith (Royale RP27) and Benn Simms (Royale RP30) chased Fennymore home.