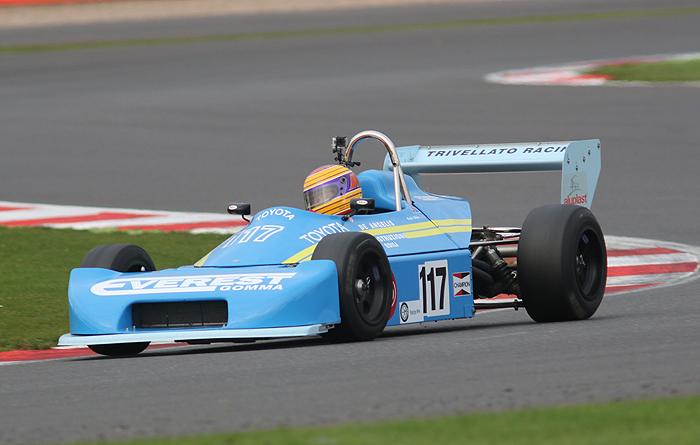 MB Wheels will be supporting the HSCC’s Classic Formula 3 Championship this season, with awards for the winners and special deals for the competitors.

Mike Barnby of MB Wheels has produced a variety of period wheels for all categories of historic and modern racing for many years and races a Modus M7 in the HSCC Historic Formula 2 FIA International Series.

Barnby also hopes to return to racing in Classic Formula 3 and will be presenting a set of handmade wheels to the winners of both the 1600cc and 2-litre classes in 2016. MB Wheels will offer special deals to Classic Formula 3 racers for new wheels and repairs during the course of the season.

“Mike Barnby has been a staunch supporter of our series and many of us use his wheels,” said Hugh Price, Chairman of Classic Formula 3 for the Historic Sports Car Club. “We are delighted that he has chosen to support Classic Formula 3 at a time when interest in our series is gathering momentum and we hope his involvement will prove beneficial to both parties in 2016.”

Classic Formula 3 is for the 1600cc cars raced from 1971 to 1973 and the 2-litre cars used from 1974 to 1984. World Champions James Hunt, Nigel Mansell, Nelson Piquet, Alain Prost and Ayton Senna all made their name in Formula 3 and a host of international racing drivers still use Formula 3 as a career stepping stone.