Over 400 cars for HSCC International Trophy 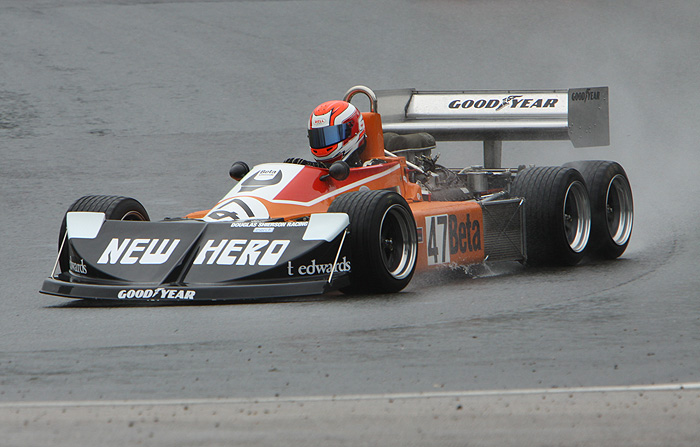 Over 400 cars for HSCC International Trophy

More than 400 cars will be in action on the Silverstone Grand Prix circuit this weekend (18/19 May) during the Historic Sports Car Club’s International Trophy meeting.

This rare chance to tackle the full Grand Prix circuit makes the event another highlight of the HSCC season and a full programme of the club’s championships will be joined by an hour-long race for the GT and Sports Car Cup, which starts at 11.50am on Sunday.

One of the headline events will be a double-header for the Martini Trophy, which has attracted a superb 25-car grid with 18 stunning 2-litre sports-racing cars joined by seven period Sports 2000s. Regular pacesetters Nick Fleming (Chevron B36) and Doug Hart (March 75S) will be joined by series newcomers Sean Walker (Osella PA3) and Steve Allen (Lola T212) as well as Italian racers Michele Liguori (Lola T296) and Cosimo Turizio (Osella PA4).

For sheer size of entry, nothing can rival the Guards Trophy, which has a total of 90 entries to set a new record for the hugely successful category. Even with the grid split into two 40-minute races, there are still reserves for the GT race with 64 entries for 62 places on the grid. In the sports-racing section, no fewer than 10 Chevron B6/B8s will be in action, while the GT grid has AC Cobras against Jaguar E-types, Austin Healey 3000s, Lotus Elans and several other V8s including the stunning Corvette Stingray of Craig Davies.

A raft of period GT cars will also line up for the GT and Sports Car Cup, with the entry headed by the prolifically successful AC Cobra of Leo Voyazides and Simon Hadfield. A dozen family driver pairings are among the 46 entries.

A double-header for the Derek Bell Trophy will put Formula 5000s up against Formula 2 cars in a warm-up for the similar races at this summer’s Silverstone Classic. Frank Lyons (Eagle FA74) and Jamie Brashaw (March 782) head the field, but the star attraction will be the amazing six-wheeled March 2-4-0 Grand Prix car of Jeremy Smith.

The popularity of the HSCC’s championship for road sports will be amply demonstrated by a total entry of 75 cars for the Historic and 70s Road Sports Championship rounds. The open spaces of the Grand Prix circuit will suit the Morgan Plus 8s and it is Richard Plant (70s) and Bruce Stapleton (Historic) who should make the running.

More first class single-seater racing comes from Historic Formula Ford and Historic Formula Junior, with grids of 37 and 40 cars respectively. Meanwhile, a bumper Classic Racing Car entry will put 35 cars on track with defending champion Ian Jones (Lotus 59) at the head of the field. Wrapping up a tremendous programme will be rounds of the Classic Formula 3 Championship and ByBox Historic Touring Car Championship.