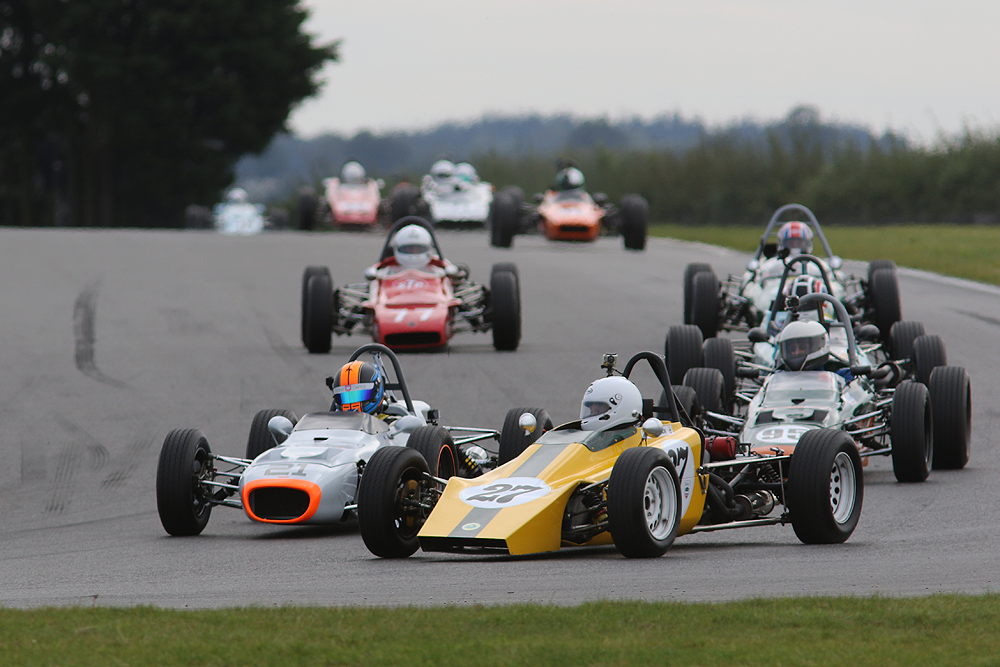 The Historic Sports Car Club has been recognised in the build up to the 2017 Octane Awards, where the Club’s Historic Formula Ford Championship has been shortlisted for the ‘Race Series of the Year’ award.

Celebrating the best people, companies, events and more from historic motoring world, this year’s awards will cover everything that has been great in the industry between 1 October 2016 and 30 September 2017.

The awards will be presented at a ceremony at London’s Globe Theatre, with the winners being picked by a star-studded cast of judges that includes Jay Leno and Nick Mason.

As the 2017 season draws to a conclusion, Historic Formula Ford has rightly been shortlisted for one of the evening’s most prestigious awards. With entries regularly topping 50 cars and racing of the very highest order at the head of the fierce competition, it has been a superb season for the Historic Formula Ford Championship as the HSCC marked the category’s 50th anniversary season in style.

As well as sensational racing, the championship year has been typified by superbly presented cars, tremendous sporting rivalry on and off the track and an excellent social atmosphere in the paddock. Significantly, the competition has been just as fierce in the category for drivers over the age of 50.

The Club is also delighted to record that Formula Junior guru Duncan Rabagliati, a board member of the HSCC, has been shortlisted for the coveted ‘Personal Achievement Award’. Duncan has guided Formula Junior to its deserved position as the most popular historic racing category in the world and masterminded the remarkable Diamond Jubilee World Tour, which will conclude in the UK next July.

This award is designed to acknowledge the individual whose personal achievement has made the greatest benefit to the international historic motoring movement within the past 12 months.

Grahame White, CEO of the HSCC, said: “We’re very pleased to be recognised in these prestigious awards. Formula Ford has had an outstanding season to mark 50 years of the category, while Duncan has delivered a quite remarkable programme of Formula Junior racing across the globe. We look forward to hearing the verdicts from the judging panel.”