HSCC Wolds Trophy is a scorcher at Cadwell Park 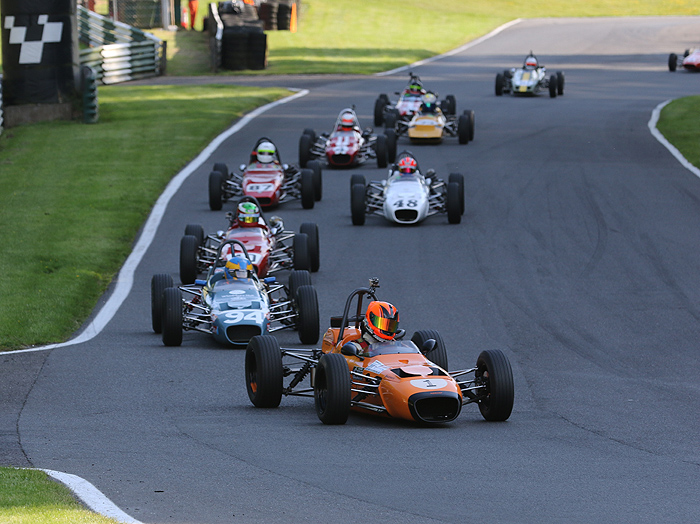 A fabulous weekend of racing run in scorching temperatures made the Wolds Trophy from the Historic Sports Car Club (17/18 June) a tremendous success at the glorious Cadwell Park circuit.

From a total of 22 races on the superb three-dimensional Lincolnshire track, the first of two championship races for the Historic Formula Ford 1600 Championship was the stand-out and rated as one of the best Formula Ford races ever seen at Cadwell Park. Up to eight cars ran in a mighty lead contest where driving standards were impeccable despite fierce competition. Through it all came Callum Grant for victory as race-long rival Sam Mitchell ran wide on the last lap, allowing Nelson Rowe and Benn Tilley to complete the podium. The clutch-less Michael O’Brien edged Mitchell back to fifth after a memorable contest.

In Sunday’s championship race Grant completed a weekend double, but was aided when Rowe inadvertently knocked his ignition switch off. That dropped him to seventh as O’Brien and Tilley chased Grant to the flag. With such a big entry, two qualification races to ensure everyone got on the grid and there were wins for Ross Drybrough and Tim Brise. 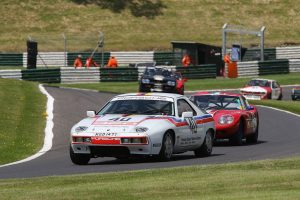 Julian Barter (Lotus Elan) was not handing out father’s day presents in the 70s Road Sports Championship and twice pulled clear of the Datsun 240Z of his father Charles as two excellent grids delivered close racing. While Porsche scored another victory at Le Mans Richard Attwood, who was part of Porsche’s first win in 1970, made his race debut at Cadwell Park in a 928 and worked into the top 10 in the second race. In the pair of Historic Road Sports Championship races, no one had any answer to the pace of Peter Shaw as Lotus Elans locked out the podium. 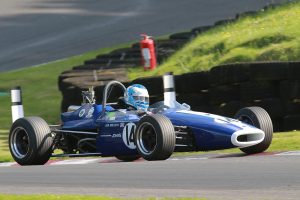 A capacity field for the Historic Formula 3 Championship races for the Justin Haler Trophy made a marvellous sight with battles all the way down the order. Jon Milicevic was peerless as he won both races but Andrew Hibberd bounced back from a fuel-related retirement in race one to finish second on Sunday.

Four races for the HSCC/FJHRA Silverline Historic Formula Junior Championship delivered double wins for Stuart Roach (Alexis Mk2) and Alex Ames (Lotus 22). Roach might have had a tougher time had the Merlyn Mk2 of John Sykes not retired with transmission failure in race one, while Benn Tilley (Lotus 22) chased Ames in both races.

The Lackford Engineering-supported Historic Formula Ford 2000 Championship double-header went to defending champion Andrew Park who had an easier time than expected. Benn Simms and Nelson Rowe were set to give Park a tough time, but Rowe was sidelined by a broken gear linkage in the opener while Simms battled home second with a damaged nose cone. On Sunday, Rowe charged through to second from the back of the grid.

The first race for the Historic Touring Car Championship had to red-flagged after the Ford Falcon of Jack Drury was tipped into a roll. Peter Hallford came through for a double win in his Ford Mustang as Dick Belcher and James Clarke topped the Lotus Cortinas. Finally, and a double-header for the Classic Clubmans Championship produced two resounding victories for Mark Charteris (Mallock Mk21).