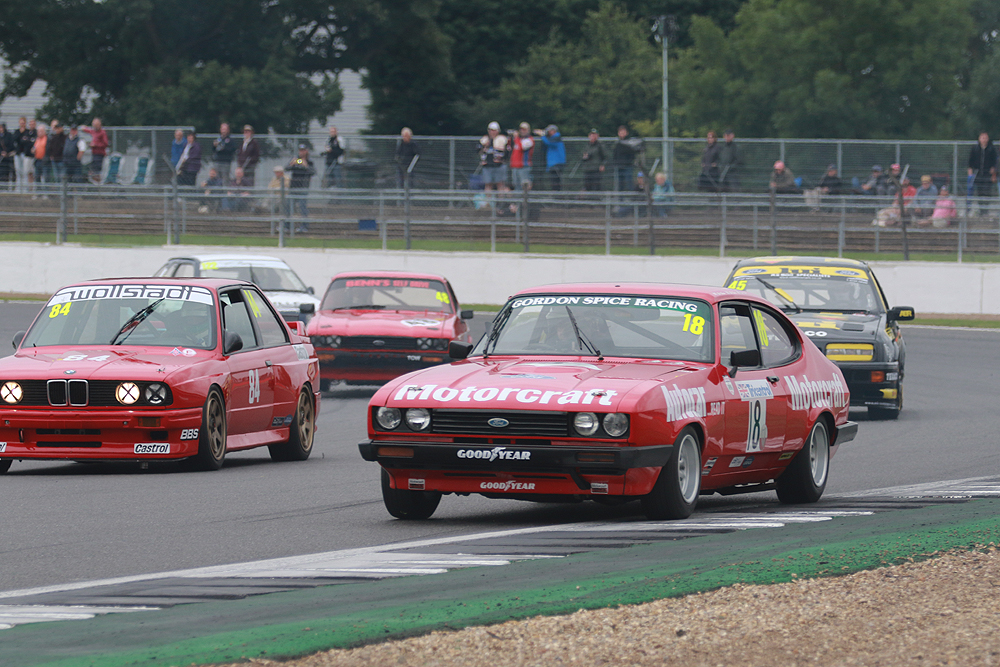 The new series will cover three distinct groups of saloon and touring cars: Group 1, Group A and Super Touring/S2000, and will provide eight races at four high-profile historic racing festivals for cars from 1970 right through to 2006. All three groups will have a dedicated podium after each race.

The earlier Group 1 cars from up to 1982 will be able to run on slicks or treaded tyres as mandated at the Goodwood Members’ Meeting, with all cars running on Dunlop tyres. Each of the three groups will be sub-divided into classes and each group will have its own identity within the overall Cup. In addition, there will be an invitation class for cars of special interest.

The first-rate 2019 calendar for the Dunlop Saloon Car Cup will take in Britain’s top four race tracks, with visits to the Grand Prix circuits at Silverstone and Brands Hatch as well as Donington Park and Oulton Park.

Grids are expected to cover a glorious array of cars, ranging from Group 1 Ford Capris and Rovers through to Super Touring Cars from manufacturers like Nissan, Honda and Audi and the latest cars of all, the S2000 cars from as recently as 2006.

Andy Dee-Crowne, CEO of the HSCC, said: “I am delighted to unveil the Dunlop Saloon Car Cup for 2019. It will be home to a fabulous array of period racing saloon and touring cars and we are keen to ensure that each group of cars has its own identity within the overall Cup.”