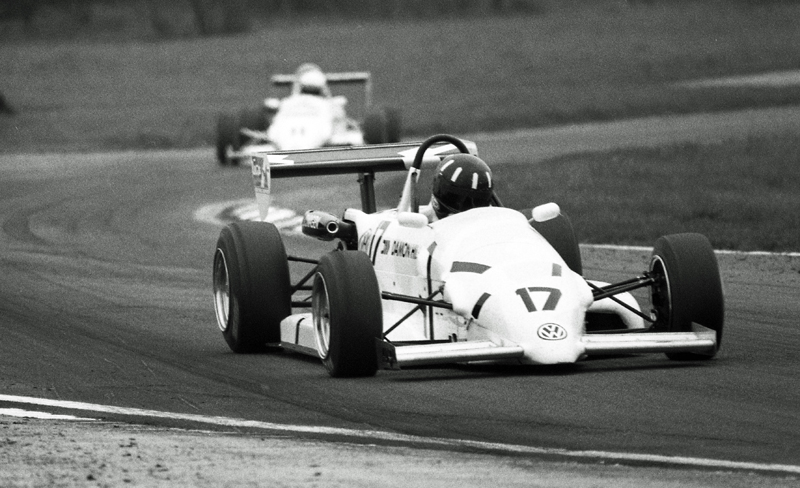 The Historic Sports Car Club has unveiled a new race category for up to 2-litre single-seater racing cars from the 1980s.

The new series is to be titled the Geoff Lees Trophy in deference to one of the UK’s most popular and successful single-seater racers of the era and Lees has given enthusiastic backing for the series. Lees first made his name in Formula Ford in the mid-1970s and rose through Formula 3 and Formula 2 to race in F1. He won the 1981 European Formula 2 Championship, went on to race extensively in Japan and competed at Le Mans 14 times.

The series will be open to Formula 2, Formula Atlantic, Formula 3, Formula Ford 2000 and Formula Super Vee cars built and raced during the 1980s, while an invitation class will be available to other suitable period single-seaters including those from Formula Vauxhall Lotus and Formula Renault. The Club’s hugely successful Historic Formula 2 Championship has a cut-off at the end of 1978, so the Geoff Lees Trophy will appeal to owners of 2-litre F2 cars built from 1979 to the end of the category in 1984.

Cars must be in original specification with only the addition of current safety requirements. Cars should have current FIA papers or HSCC Vehicle Identification Forms as proof of conformity. Pilot races are planned for the second half of 2020 before a fuller programme of races in 2021.

The Geoff Lees Trophy will sit alongside the HSCC’s current portfolio of categories, most of which cater for cars up to the start of the 1980s. The cut-off dates for all of the existing categories will remain unchanged.

Andy Dee-Crowne, CEO of the HSCC, said: “The HSCC is now the go-to Club for period single-seater racing and so this new series is a logical development to accommodate a group of cars that don’t currently have many chances to race. Our plan is to grow support over the next couple of seasons. I’d love to see a field including Ralt RT30s, Reynard 873s, Reynard SF88s and even a March 822 or similar!”