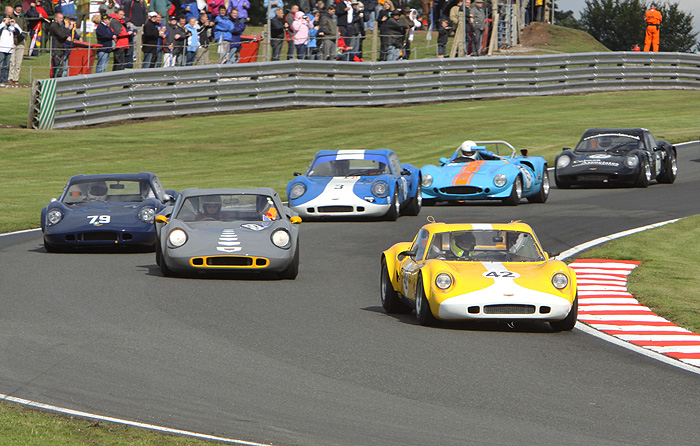 Sixty years of racing at Oulton Park will be celebrated during the Historic Sports Car Club’s Gold Cup meeting (25/26 August) and the club is seeking cars with an Oulton Park history for a special display.

The weekend’s high-profile race programme features grids that reflect the first 50 years of the Oulton Park story, ranging from the 500cc Formula 3 cars of the early 1950s through to the Super Touring cars of the 1990s.

To mark this landmark anniversary for one of Britain’s finest race tracks, a display is being arranged of cars that tell the story of those 60 years and the HSCC has issued an invitation to anyone with a car from the Oulton Park story to make contact.

“We’d love to see cars that will bring back memories for visitors to the event,” said the club’s CEO Grahame White. “We’re keen to hear from anyone with a car that has an Oulton Park history: not just the more famous cars, but also the rare and unusual.”

The parkland track hosted its first race meeting on 8 August 1953 when Tony Rolt won the feature Formula 2 race in a Connaught and Les Leston won the Formula 3 event, which was run as three 10-lap heats and a 17-lap final. The first season featured racing on a 1.5-mile track, but within a year the track had been extended to the full 2.7 miles.

Sixty years on, cars from the 500cc Formula 3 Championship will re-create that opening race meeting in a programme that takes in the full range of HSCC championships including the Martini Trophy for 2-litre sports-racing cars, the Derek Bell Trophy, Historic Touring Cars and Historic Formula Ford. Another guest event, which will reflect the early years of the track, will be the FISCAR series for 1950s sports cars. The series is for production sports and GT cars in period racing trim and brings out cars from marques like Lotus, AC, Austin Healey, Aston Martin, MG, Triumph and Elva.

As is now a tradition at the Gold Cup the Guards Trophy field will be split into two races, one for sports-racing cars up to 1969 and one for the pre ’66 GT cars. Just as in the Martini Trophy, Chevrons will be to the fore in the sports-racing division to honour the strong links between the track and the famous Bolton-based racing car manufacturer of the 1970s and 1970s.

As part of the event promotion the Gold Cup will be represented at CarFest North, which is being held at Oulton Park over the weekend of 3/4 August. On show will be one of the cars due to be racing at the Gold Cup.