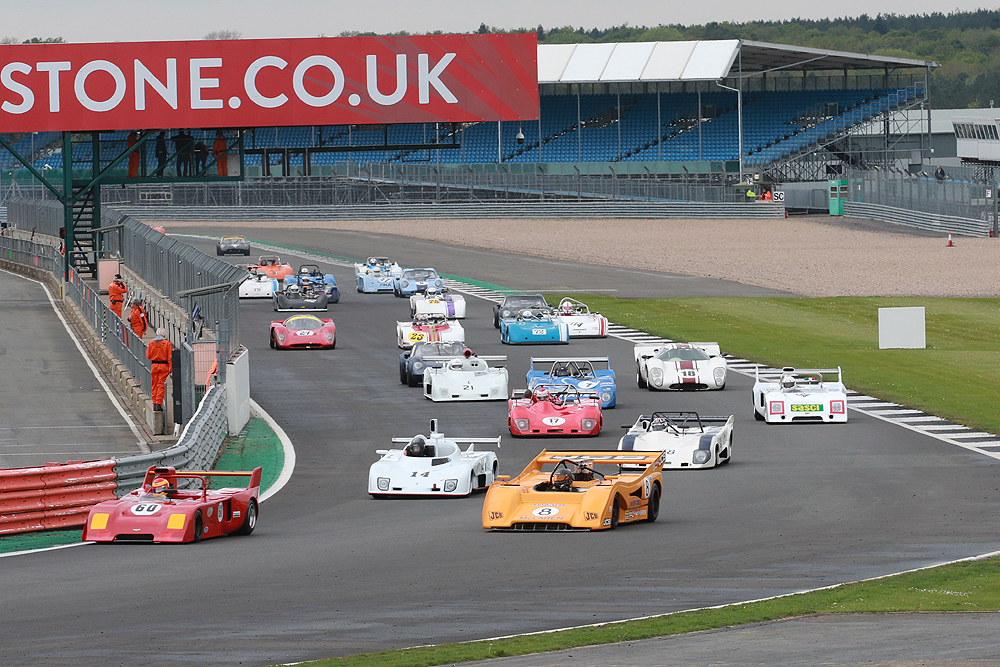 The HSCC Thundersports Series will have a major new date this summer after being invited to race at the Silverstone Classic (26-28 July).

The Historic Sports Car Club has announced that its newly re-titled Thundersports category will have two races at the biggest historic racing festival of the season and has already started taking entries. On Saturday there will be a 25-minute sprint race and on Sunday a 40-minute endurance race will include a mandatory pit-stop and optional driver change.

The Thundersports season started at Silverstone in mid-May with a superb 30-car field, headed by the stunning DFV-powered Lola T282 of Leo Voyazides, the Chevron B26 of John Burton and the thundering 8-litre Can-Am McLaren M8F of Dean Forward.  Many 2-litre sports-racers and a bumper field of Sports 2000s packed out the grid. 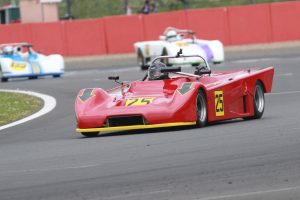 This will be the fourth season of the HSCC-organised series of races for some of the most spectacular sports and GT cars active in historic racing. Cars of the type used in the World Endurance Championship, FIA GT Championship and FIA 2 Litre Sports Car Championship will race, along with Can-Am sports-racing cars from the heydays of the category in the 1970s. Just as in period, Sports 2000s will be encouraged into the series with a dedicated class covering all Ford Pinto-engined cars from right through until 1990. GT cars from the era are being encouraged to join the grid and anyone who has a car that may be eligible is invited to contact the HSCC club office.

The opportunity to race at the Silverstone Classic will follow races at Silverstone GP (May) and Brands Hatch GP (late June) to form a fantastic schedule. The season will conclude at Spa-Francorchamps in September.

Andy Dee-Crowne, CEO of the HSCC, said: “We are very excited at the opportunity to take Thundersports to the Silverstone Classic alongside our existing races there for Historic Formula 2 and Classic Formula 3. Increasing demand from competitors has made these races possible and we’re planning to deliver a full, varied and spectacular field. I’m sure our regular contenders will be joined by some welcome newcomers to Thundersports. Running alongside our Historic F2 and Classic F3 grids at the Silverstone Classic, this will mean well over 100 HSCC members will be racing at the event.”