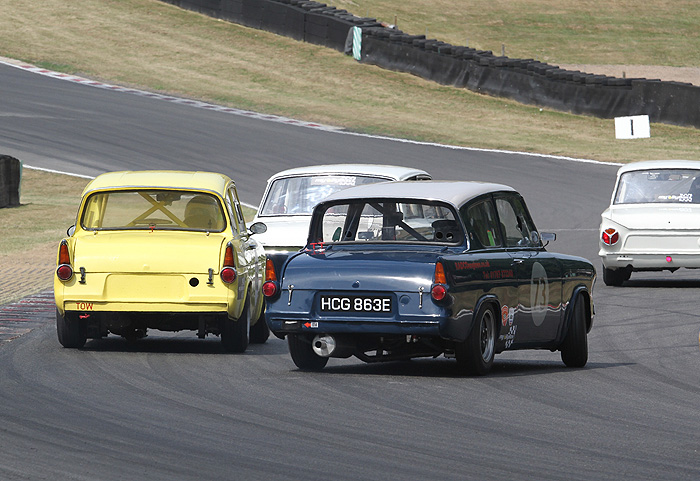 The Historic Sports Car Club has taken the wraps off its 2014 calendar, which is headlined by high-profile events on the Silverstone and Brands Hatch Grand Prix circuits and a repeat of the Thruxton historic event over the Easter Weekend.

In total, the club will organise 18 days of racing for its members next season, which continues the steady increase from 15 in 2010 and 17 in 2013.

The Thruxton Easter event will benefit from the later date for Easter in 2014 (19/20 April), while the Wolds Trophy meeting at Cadwell Park moves to a new mid-summer date (21/22 June) and will again celebrate Formula 3. The Autosport Three-Hour meeting at Snetterton will have a fresh look as the main race is likely to focus on GT cars from the Guards Trophy while the sports-racing cars have a separate race over an extended duration.

The Brands Hatch Historic Super Prix will avoid a clash with the Goodwood Festival of Speed, while the traditional September date on the Indy circuit at Brands Hatch will grow to a two-day event. The Anglo-French Weekend will feature a number of French historic racing categories.

“I believe we have a perfect calendar for next season,” said HSCC Chief Executive Officer Grahame White. “Our members will be able to race on all the major UK tracks including the Grand Prix circuits at Silverstone and Brands Hatch.”

The provisional HSCC calendar is:

Dates for individual championships and series, including the Historic Formula 2 Championship, Martini Trophy and Super Touring Trophy will be announced shortly. Club members will also have the opportunity to race at Spa-Francorchamps during the Classic Six-Hour meeting (19-21 September).

In addition, the HSCC will once again be organising the racing element of several key events in 2014, including the Donington Historic Festival (3-5 May), the Silverstone Classic (25-27 July) and the Walter Hayes Trophy (1/2 November).