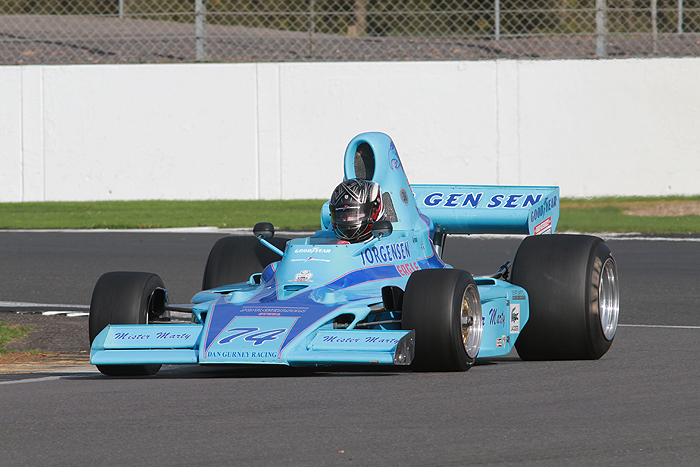 The Historic Sports Car Club will have an impressive line-up of cars on show at the second edition of Historic Motorsport International, which runs from 15-18 February at EXCEL, London.

Marking the Club’s plans to celebrate 50 years of the Ford Escort, the ex-Frank Gardner Ford Escort Mk1 from Alan Mann Racing will be a star exhibit. The car bearing the number plate ‘XOO 349F’ won the British Saloon Car Championship in 1968 and is the team’s most popular car. In September, the HSCC will honour the Ford Escort with two dedicated Escort races on the Brands Hatch Indy circuit (22/23 September).

Representing the Club’s single-seater race programme will be the stunning Formula 5000 Eagle FA74 as raced in the HSCC Derek Bell Trophy by Frank and Michael Lyons. In the year that marks 50 years since the start of Formula 5000, the gorgeous Eagle will also pay tribute to its creator, US racing legend Dan Gurney who sadly passed away earlier this month at the age of 86.

Another iconic race car sure to appeal to show visitors is the Ford Sierra RS500 Cosworth representing the Club’s Super Touring Car Trophy. This is the famous ex-Eggenberger car as raced in period, and again in 2017, by Gianfranco Brancatelli and is kindly being loaned by owner Peter Sturgeon.

Completing the display of iconic race cars is a Chevron B16 from Frank Lyons, which remains one of most beautiful sports-racing cars ever built. The B16 design from Derek Bennett dates back to 1969 but is a timeless classic and remains a very successful car in historic racing.

Historic Motorsport International is open for three full days on Friday, Saturday and Sunday following a special preview evening from 4pm on Thursday.