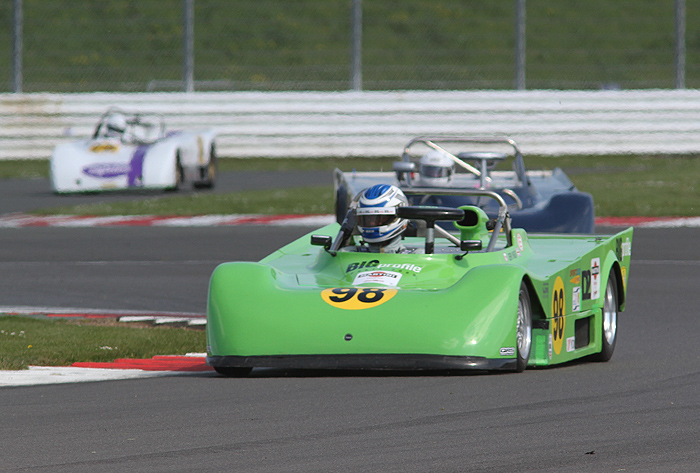 The 30-minute race is the result of a new collaboration between the HSCC and the Sports Racing Car Club and it will be a round of the SRCC’s Historic Sports 2000 Championship for pre-1983 Sports 2000s.

Sports 2000 was created for the 1977 season, with the spaceframe chassis sports-racing cars mated to the 2-litre Ford Pinto engine. It was an immediate success as cars like the Lola T490/492 and Tiga SC77/78/79 set the pace. Today, the Historic Championship is open to cars from the first six seasons of Sports 2000 racing.

“The two clubs are working together to use the Croft race as a means of focusing the spotlight on Historic Sports 2000,” said Colin Feyerabend of the SRCC. “In particular, we want to entice out a number of cars that have not been raced in recent seasons.”

Grahame White of the HSCC says that the cars fit well with other HSCC categories. “If the initiative works, and we produce a healthy grid and good racing, then we hope to repeat the joint venture in 2016. Ideally, we could look towards a double-header meeting or a race at one of our major meetings such as the Silverstone International Trophy, the Oulton Park Gold Cup or Brands Hatch Super Prix.”