HSCC on show at Race Retro 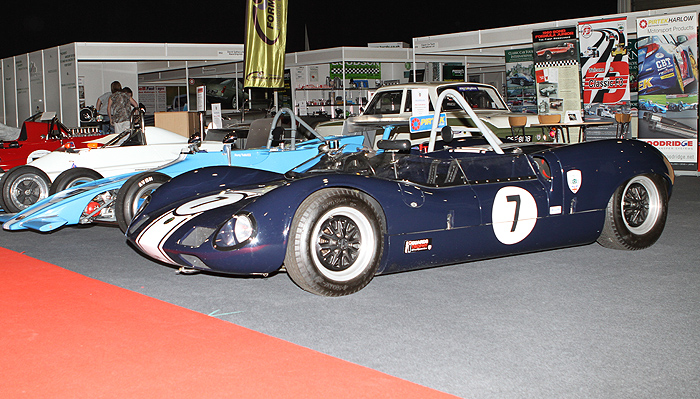 The Historic Sports Car Club will mark the approach of the 2104 racing season with a major display at Race Retro, the international historic motorsport show, at Stoneleigh Park near Coventry (21-23 February).

As Race Retro celebrates its tenth anniversary, the HSCC will again have a major presence in the event’s main hall, with cars showing the tremendous variety and depth of the club’s racing programme. Past, present and future members are invited to meet club representatives to find out more about the HSCC and its expanded 2014 schedule: the busiest to date for the Silverstone-based club.

One of the stars of the HSCC stand will be the ex-Emerson Fittipaldi Lotus 69 Formula 2 car from 1970, which is now owned by Roger Bevan and raced in Historic F2.

Other cars on show to illustrate the club’s racing programme will include:

The show will celebrate 50 years of McLaren and Sir Stirling Moss OBE (the club’s patron-in-chief) will be there on Saturday.