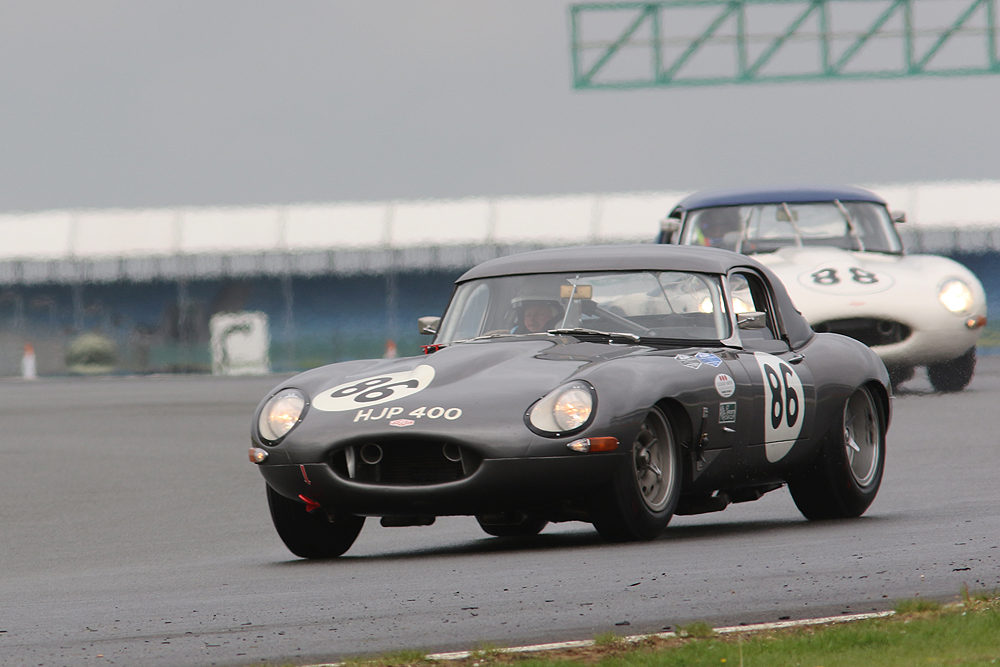 The Historic Sports Car Club will mark the 60th anniversary of the Jaguar E-type with a dedicated hour-long E-type race on the Silverstone Grand Prix circuit next May.

The Club has set an ambitious target of attracting 60 drivers for the 60-minute race to celebrate the 60th anniversary of this iconic motor car. The race will extend the long and successful association between the HSCC and the Jaguar marque. The very first race in the history of the HSCC, run in May 1966, was won the Neil Corner’s Jaguar D-type and in 2011 the HSCC organised the E-type Challenge to mark the model’s 50th birthday.

In April 1961 two E-types made the model’s race debut at Oulton Park in the hands of Graham Hill and Roy Salvadori. Hill went on to win the race and begin the E-type’s motor sporting success story.

The E-type was developed as a replacement for the XK150 and over 70,000 E-types were produced between 1961 and 1974. It was the car that Enzo Ferrari once described as the most beautiful car ever made. In March 2008, the E-type was rated first in the Daily Telegraph’s list of the 100 most beautiful cars of all time.

In racing, the E-type has been winning races for nearly 60 years and continues to be hugely popular across historic racing. Within the HSCC, E-types are found in the Guards Trophy and 70s Road Sports series.

HSCC CEO Andy Dee-Crowne said: “The E-type is truly an iconic road and race car and we wanted to continue our long association with Jaguars by celebrating a landmark year for this timeless classic. A field of 35-40 cars would make a magnificent spectacle at our annual International Trophy meeting next spring.”

In addition to this special celebration race and following the success of the Dunlop Historic Trophy at last weekend’s Oulton Park Gold Cup, the HSCC is actively working towards running more races in 2021 to cater for all models of Pre ’66 Jaguar, including E-types.