HSCC is a hit at Race Retro 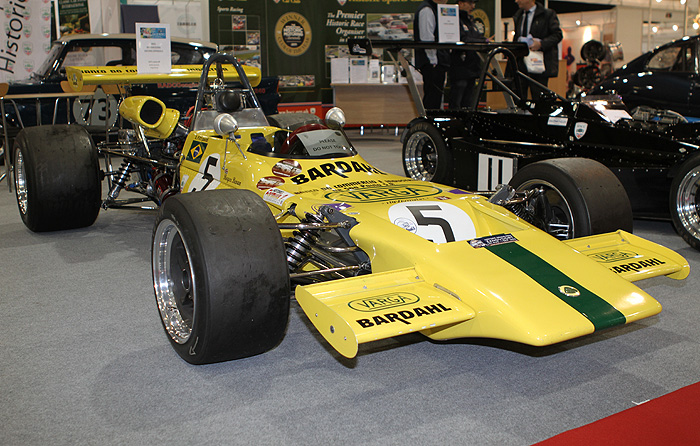 The Historic Sports Car Club is looking forward to another bumper racing season after a great response to the club’s display at Race Retro, the international historic motorsport show, at Stoneleigh Park near Coventry (21-23 February).

The club’s seven-car display was one of the largest at the tenth anniversary of Race Retro and was topped by the stunning ex-Emerson Fittipaldi Lotus 69 Formula 2 car from 1970, now owned by Roger Bevan and raced in the HSCC’s Historic Formula 2 Championship.

Throughout the three-day show the stand was busy with visitors, with current and potential members picking up information about the coming season and the HSCC’s portfolio of 15 race series and championships.

“It’s been a very busy show for us,” said Grahame White, CEO of the HSCC. “We’ve had more members than ever before come and visit the stand and we’ve also had lots of interest from potential new members. Race Retro has confirmed what we already felt: that there will be good support for the coming season.”