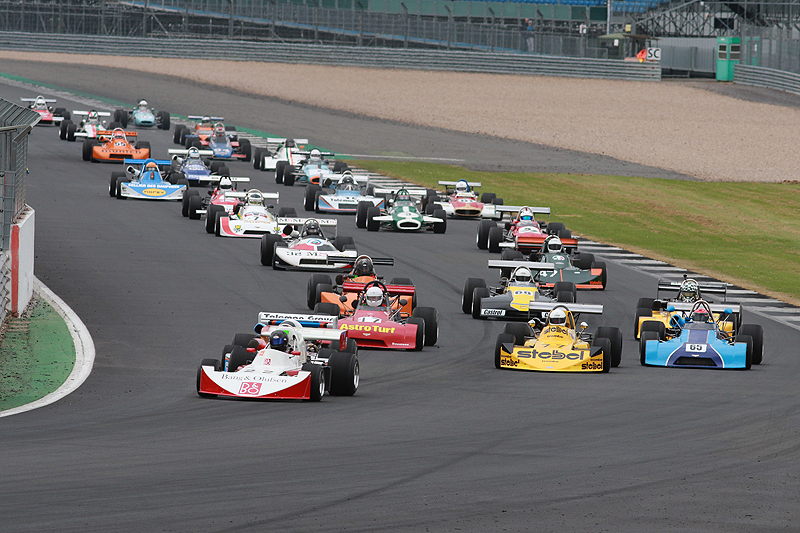 The Historic Formula 2 and Classic Formula 3 categories from the Historic Sports Car Club will be on the schedule for the 2019 Silverstone Classic (26-28 July) as the event celebrates international level single-seater racing.

Both categories have enjoyed excellent competitor support in 2018 and will now have high-profile slots at the biggest historic racing festival of the season, which draws 100,000 visitors to the Silverstone Grand Prix circuit.

The addition of the Silverstone Classic date is another major boost for the HSCC’s Historic Formula 2 FIA International Series, which is enjoying unprecedented levels of competitor support and forward interest. The championship is open to cars built to period regulations for Formula 2, Formula Atlantic and Formula B, starting from 1967 and running right through to the end of the 1978 season. Later cars, designed to employ ground effect technology, are not permitted.

Formula 2 grids during 2018 were regularly between 25 and 30 cars and with more cars being prepared for next season, a grid of up to 40 cars is possible. If so, it could be the biggest-ever Formula 2 grid. 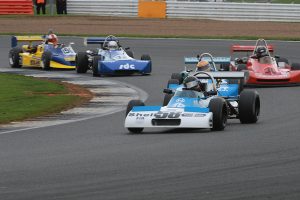 Meanwhile, the HSCC Classic F3 Championship is for F3 cars originally built and raced between 1971 and 1984, and covers two eras of F3 racing; the 1600cc twin-cam cars and then the 2-litre cars that were introduced in 1974.  Competitors in the French series will join the Silverstone grid to produce an expected grid of more than 40 cars, featuring genuine period cars as raced by drivers like Martin Brundle, Derek Warwick and Nelson Piquet.

Grahame White, CEO of the HSCC, said: “The chance to race at the Silverstone Classic is very special and I’m delighted that our Formula 2 and Formula 3 grids will get this opportunity next summer. I think we will be able to deliver bumper grids and tremendous racing and showcase these categories to a very big audience.”

Nick Wigley, Silverstone Classic event director, said: “Every summer we aim to enhance the established crowd-favourites with some outstanding new additions and to have Historic Formula 2 and Classic Formula 3 on the 2019 race-card for the very first time will make next year’s festival really special. As everyone knows, such is the immense scale of the Classic that it also has a great history of breaking records and setting new standards, so the prospect of not only the Classic’s first-ever Formula 2 grid but also quite possibly the biggest field of Formula 2 cars ever seen anywhere on the globe further fuels excitement.”