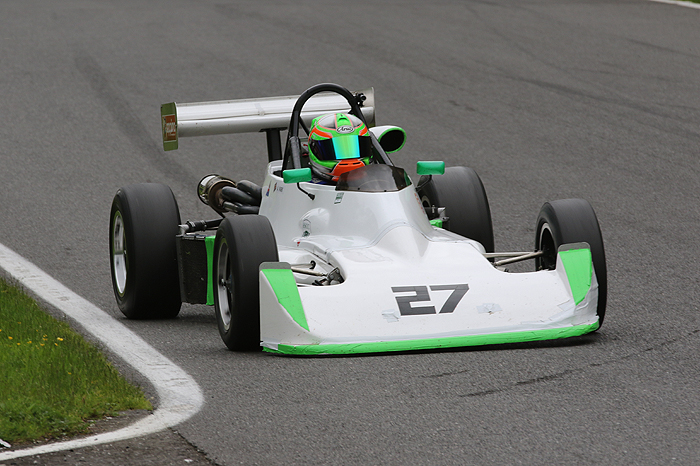 The Historic Sports Car Club’s 50th anniversary season continues at Croft over the weekend of 6/7 August at the circuit’s Nostalgia Festival with over 230 entries for 19 races.

Most of the categories in action at Croft have two races, making it an important weekend for those chasing season-long championship titles. The only single race is on Saturday afternoon for the Guards Trophy for a fabulous array of pre ’66 sports-racing and GT cars and pre ’69 sports-racing cars. As ever, pit stops are mandatory during the 40-minute race, but driver changes are optional.

The Croft weekend marks round five of seven with races at Oulton Park and Silverstone to wrap up the season and making the trip north it is the Lotus Elan of John Davison that heads the GT points. However, the mighty TVR Griffith of Mike Gardiner and Dan Cox is chasing hard, while the glorious Chevron B6 of Nick Thompson and Sean McLurg heads the sports-racing cars in the face of a stern challenge from the B8s of Charles Allison and Philip Nelson.

Another stunning entry of Historic Formula Ford 1600s will require four races to ensure everyone gets to race at least twice. From the 44-car entry, the man at the head of the points is 2012 champion Callum Grant but three other drivers, Rob Wainwright, teenage sensation Benn Tilley and Mark Shaw are battling hard to stop Grant making it six wins from the last seven races.

For Cumbrian Andrew Park, Croft is his local track, and he could just clinch the Historic Formula Ford 2000 Championship title after a quick trip across the A66. It has been a superb season to date for the hard-charging Park while title rival Benn Simms has suffered a nightmare season with a catalogue of niggling problems.

The Historic Touring Car Championship is always a hugely popular part of the Croft weekend as Lotus Cortinas and Ford Falcons take on Mini Coopers and Hillman Imps. Simon Benoy first won the title in 2007 and did it again in 2015; now, after six class wins on the bounce, he’s nicely on target to complete a hat-trick of titles this season. Warren Briggs (Ford Mustang) should set the absolute pace.

The 70s Road Sports Championship reaches its mid-point this weekend and it could scarcely be closer at the head of the points. Just two points split the top three of Chris Fisher (MG Arkley), Julian Barter, who has raced both a Lotus Elan and a Europa, and Julian’s father Charles (Datsun 240Z). A non-finish in the second Cadwell Park race has cost Peter Shaw (Lotus Elan) some ground in the Historic Road Sports Championship, so he’ll be determined to peg back Dick Coffey (Turner) next weekend.

Simon Armer’s March 703 heads the Historic Formula 3 Championship going into the Croft weekend and after this event the fabulous 1-litre cars of the late 1960s will race at the Zandvoort Historic Grand Prix next month. Peter Thompson (Brabham BT21) is the key rival to Armer just now. More single-seaters will contest a round of the Classic Racing Car Series, while the fabulous Formula Juniors have two rounds of the Silverline UK Championship. Former HSCC vice-chairman Chris Alford currently heads the points in his Elva 200.

Finally, two very different types of sports cars will round out a very full weekend of racing. Mark Charteris is the man to beat in the Classic Clubmans Championship for the amazing front-engined sports racers, while a guest visit from the Lackford Engineering Midget and Sprite Challenge should deliver two excellent races from a strong field.