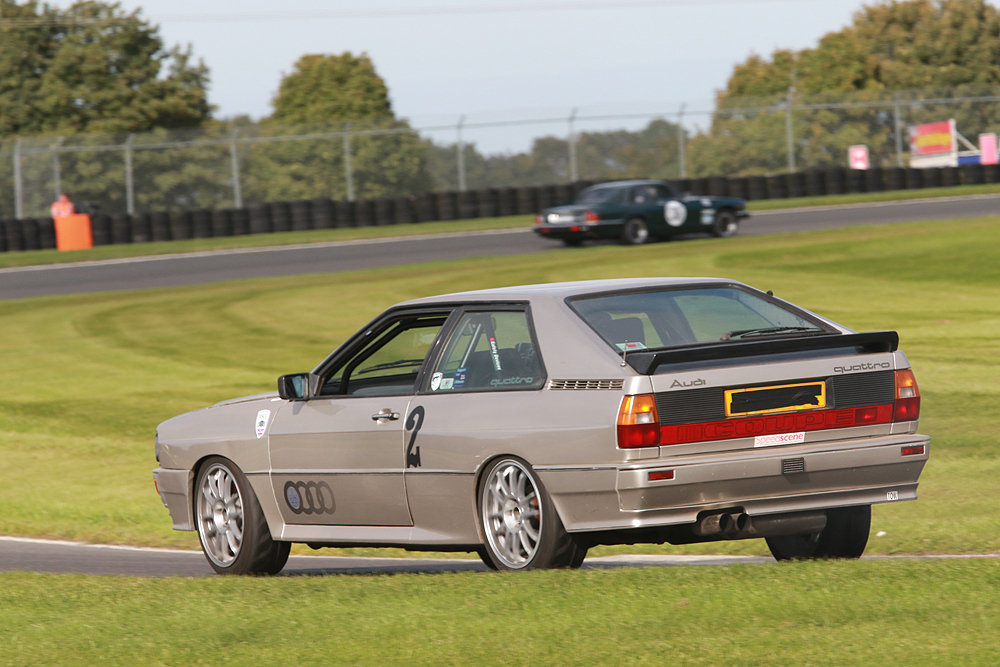 The Historic Sports Car Club has confirmed a four-race schedule for its new 1980s Production Car Challenge, a perfect entry-level race series for production touring, sports and GT cars from the 1980s. The highlight of the programme will be a chance to race on the Silverstone Grand Prix circuit.

The series is open to cars with standard bodyshells and only minor modifications to engines and suspension. The series will not be open to Caterhams or homologation specials for competition. Cars will be split into classes based on engine size, with a separate class for turbocharged cars. Cars will race on treaded tyres from Motorsport UK list 1A, 1B and 1C.

In addition, contenders will be able to join the HSCC Closed Wheel grid for a pair of races at the sensational Spa-Francorchamps circuit in Belgium (October 1-3).

The series compliments the Club’s existing highly successful Historic and 70s Road Sports Championships, which cater for cars from the mid-1950s through to the end of 1979. Although 2020 plans were impacted by the pandemic, a pilot race was held at Cadwell Park last September, with cars ranging from an Audi Quattro to a Vauxhall Nova.

The list of eligible cars is huge and many suitable cars are available and affordable, so the new class is an ideal way into historic racing for younger drivers and those seeking to start racing with a modest budget. Typical cars that can be entered include the Alfa Romeo GTV6, BMW 3-series, Ford Fiesta XR2, Honda CRX, Morgan Plus 4, Porsche 944, Suzuki Swift GTi, Toyota MR2 and VW Golf.

HSCC CEO Andy Dee-Crowne said: “The Production Car Challenge sits very well alongside our existing portfolio of categories and offers an accessible way into historic racing for newcomers. We’re keen to hear from anyone interested in joining the grid and we’ve already had support from potential competitors in wide range of cars.”

Successful HSCC Road Sports racer Kevin Kivlochan is taking the lead in promoting the new category for 2021. He said: “This is a perfect entry level category and gives drivers a chance to be on the grid in a car that could easily cost them less than £10,000.  The cost of cars can be a barrier to entry into historic racing, but the 80s Production Challenge will offer lower-cost racing and will be great fun in a cost-controlled environment. I’m sure it will particularly appeal to drivers in their 30s and 40s, who can race the cars they grew up wanting to have!”