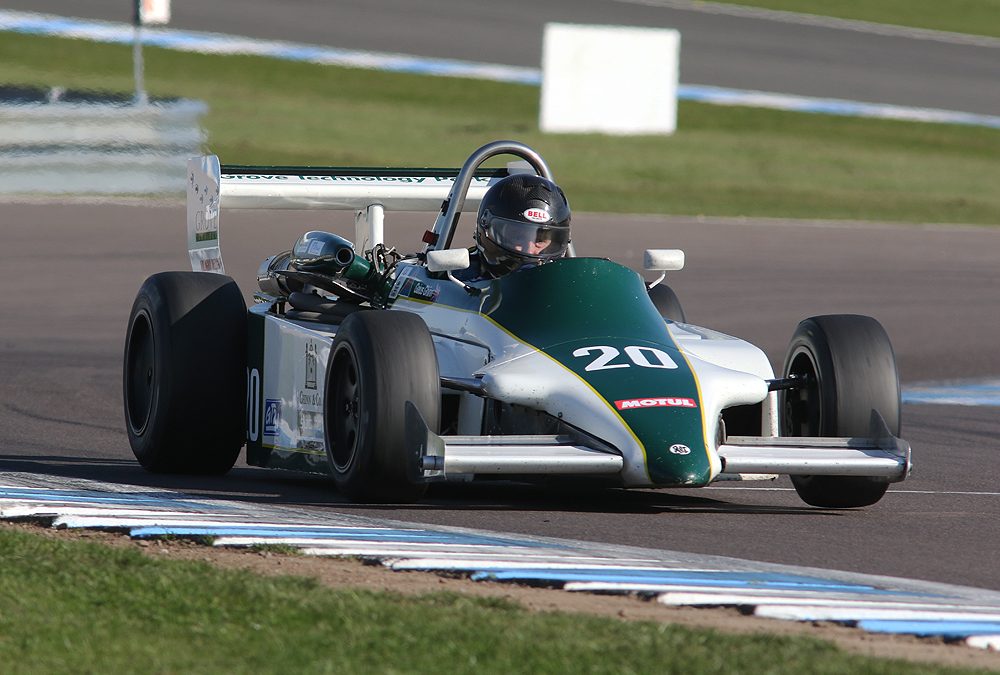 The Historic Sports Car Club celebrated the winners and champions from the 2017 season during its Annual Dinner Dance and Awards Presentation at Whittlebury Hall near Silverstone on Saturday night (18 November).

Over 260 members and their guests were on hand to applaud the winners from the racing season, with former Le Mans winner and Formula 1 racer Jackie Oliver as guest of honour for the evening.

Special awards on the night included the Lola Trophy for the ‘Clubman of the Year’, which was presented to Andrew Mansell for his work in master-minding the Formula Ford 50th anniversary season celebrations around the HSCC’s Historic FF1600 Championship. A special award was given to Donna Skipworth-Michell for her role in organising the highly successful event.

The John Foulston Trophy for the most race wins in the season was shared between Andrew Park and Mark Charteris while the Monson Trophy for the best newcomer went to Ford Lotus Cortina racer James Clarke.