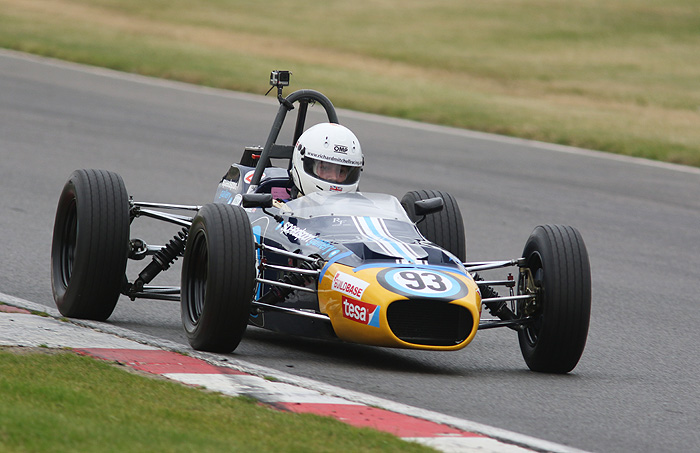 Six overall champions have been confirmed for the 2015 season by the Historic Sports Car Club, with six more titles to be decided over the next month.

After a thrilling pair of races at Brands Hatch last weekend (26/27 September), Richard Mitchell is confirmed as Historic Formula Ford 1600 champion after a remarkable debut season of racing. The Devon-based youngster started the season as a novice but was immediately on the pace with the Speedsport team. Despite a troubled weekend at Croft, he clinched the title with one round remaining.

Kevin Kivlochan secured the ONI PLC HSCC Historic Road Sports Championship with a commanding race win at Brands Hatch in his Morgan Plus 8. It has been a fine campaign for Kivlochan who returned to his racing roots this season in the car prepared by RW Racing Services.

As expected, Mark Charteris settled the HSCC Classic Clubmans Championship after two more race wins in his Mallock Mk20/21. However, there was a late change in Class B as Clive Wood (Mallock Mk20B) nipped ahead with two wins at Brands Hatch. Previous category leader Adam Patterson had a nightmare weekend after damaging his Mallock in a testing accident. He borrowed a Centaur for the two races but could not prevent Wood from taking two class wins.