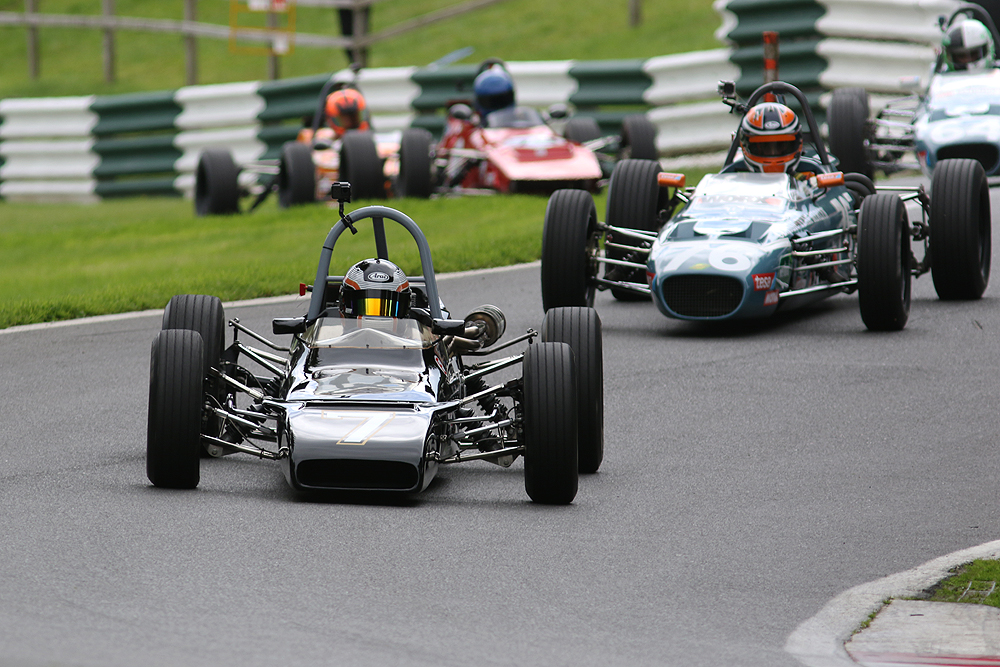 The Historic Formula Ford Championship will feature an extra race at Cadwell Park (September 19/20) to replace the race lost at Brands Hatch recently.

The Historic Sports Car Club has amended the Cadwell Park timetable to now include three rounds of the championship, which is supported by Classic Race Simulators.

All three races will count for the championship, but only the 29 drivers who qualified at Brands Hatch will be admitted into the extra race, which will be titled the Kentagon Cup. The Cadwell Park race weekend will be timetabled around the Formula Ford sessions and none of the races will be the first or last of the day.

Entries from Brands Hatch will automatically be carried forward to the Kentagon Cup at Cadwell Park, while entries for the two regular championship races will need to be made as usual via the HSCC website.

Andy Dee-Crowne, CEO of the HSCC said: “We were very sorry to lose the last race of the weekend at Brands due to earlier incidents and delays and I’m pleased that we are able to give the Formula Ford racers additional track time as some recompense.”

Before the Cadwell Park races, the Historic Formula Ford Championship will have a double-header at the Oulton Park Gold Cup featuring an updated timetable with qualifying on Saturday, race one at 2pm on Sunday and race two at 11.05am on Monday.