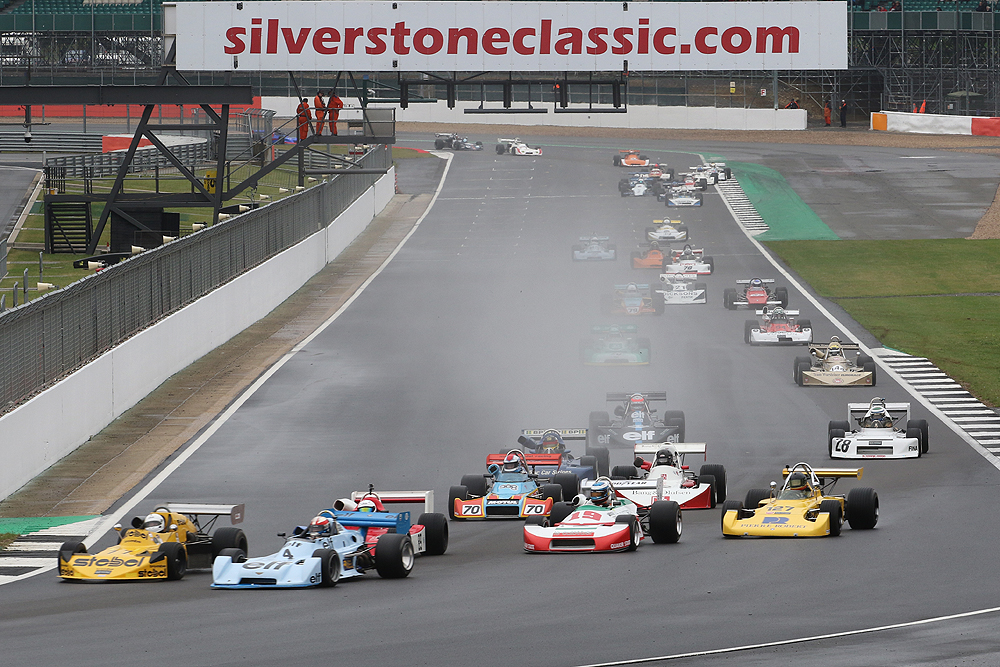 The HSCC’s Historic Formula 2 FIA International Series has been named ‘race series of the year’ in the inaugural Royal Automobile Club Historic Awards.

During a spectacular awards’ evening at the Royal Automobile Club’s Pall Mall headquarters in London (Thursday 21 November), Historic Formula 2 was revealed as winner of the ‘race series’ category, after seeing off strong opposition from a number of first-class race series. A panel of expert judges selected Historic F2 as winner of the category.

The Historic Sports Car Club has managed Historic Formula 2 since 2007 and has steadily built it into the huge success that is now is, with fine racing across packed grids of original cars, many running in period livery. Cars raced by Emerson Fittipaldi, John Watson, Derek Bell, Keke Rosberg, Bruno Giacomelli and Alan Jones all featured on the grids in 2019.

In total, 75 drivers took part in the six-event, 12-race 2019 season, competing in five classes covering Formula 2 and Formula Atlantic cars from the late 1960s through to 1978. That number could grow further in 2020, such is the on-going level of interest in the category.

When more than 50 single-seaters took the start of each race at the Silverstone Classic in July, it represented the biggest ever grids of such cars. Historic F2 was one of the star races at the high-profile Silverstone event, with fabulous racing all the way down the huge field.

Championship chairman Roger Bevan accepted the award on behalf of the HSCC. “This is a wonderful accolade for Historic Formula 2 and all the drivers and teams. We have a fantastic atmosphere in the championship and a calendar that takes us to the best tracks in Europe.”

Andy Dee-Crowne, CEO of the HSCC said: “Historic Formula 2 is the success story of the 2019 historic racing season. It can only go from strength to strength. We’d like to thank Duncan Wiltshire and the Royal Automobile Club for organising these awards and we congratulate all the other finalists and winners.”