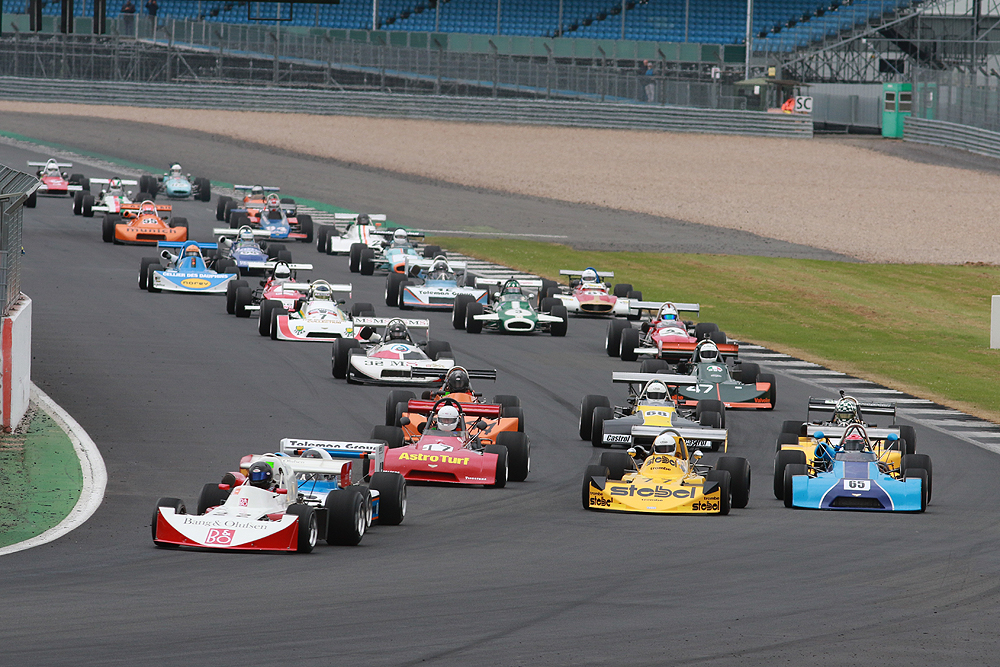 Formula 2 racing was back at the home of the British Grand Prix for the first time in 34 years and the quality of the grid and racing did not disappoint. As well as sensational contests at the head of the races, there were battles right across the grid and the classes.

The opening laps of the first race were stunning as the March 742s of Richard Evans and Mark Dwyer battled mightily with the 782 of Dean Forward while Jamie Brashaw’s Chevron B25 chased along. Eventually Forward wriggled to the front with Evans chasing hard while Brashaw worked up to join Dwyer in an epic contest for third.

Forward had managed build a four-second cushion over Evans when a brush with a backmarker pitched the leader into a spin. He quickly rejoined but the tracking on the March was now out and he could do nothing about Evans, who surged ahead for overall victory and maximum points in the Bruno Giacomelli Trophy class for the 2-litre F2 cars.

“I tried really hard but I couldn’t keep up and it was lucky for me,” said Evans. Brashaw, back in the Chevron for the first time in 12 months, claimed third after a mighty wheel-to-wheel battle with Dwyer. “Mark’s a good friend and there was respect for each other,” said Brashaw.

Robert Simac (March 712M) again won the Jochen Rindt Trophy class for the 1600cc F2 cars, but had to race hard to fend off a gaggle of challengers including Luciano Arnold (Brabham BT36) and Julian Stokes (Tecno). Stephen Weller’s Elfin 600B topped the Jim Clark Trophy class for the early non-winged cars. 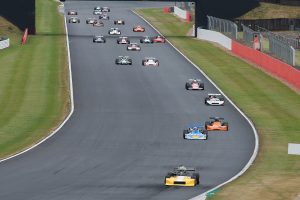 On Sunday, Evans rocketed away and built an immediate lead, but Forward never gave up and chipped away at the margin to bring it down to less than half a second at the flag. Brashaw lost his sparring partner Dwyer late in the race and up to fourth with a mighty charge from the back of the grid came James Murray in his Chevron B25.

Wrigley and Simac wrapped up excellent weekends with repeat class wins, while Paul Tonkin (Chevron B29) scooped the Vern Schuppan class after an impressive run. Others to score top 10 overall finishes included Mike Bletsoe-Brown (Chevron B27), Julian Maynard (March 742), Frazer Gibney (March 76B) and Steve Seaman (Ralt RT1). In total, 24 of the weekend’s 28 cars took the chequered flag at the end of the second race.