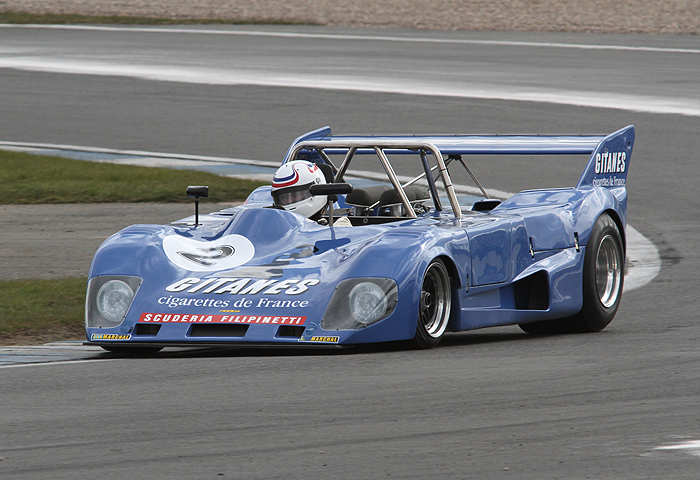 The new Pre ’80 Endurance Series from the Historic Sports Car Club will get off to a fine start at the Silverstone International Trophy (16/17 May).

The new-for-2015 series, which is being run by the HSCC in partnership with Flavien and Vanessa Marcais, has already attracted a 20-strong entry for the 50-minute race on the Silverstone Grand Prix circuit.

Pre ’80 Endurance incorporates the former Martini Trophy and is open to sports-racing, GT and Touring Cars of a type that competed in international races up to the end of 1979. There is also a class for pre ’85 Sports 2000s.

The entry is packed with quality and a wonderfully diverse field of cars will be capped by two mighty Porsche 935s for Jon Minshaw and Manfredo Rossi. In period, the 935 was the Le Mans winner in 1979 and it remains one of the most evocative racing Porsches of a generation.

Likely to be among the very fastest cars of all will be the Cosworth DFV-powered Lola T282 of Leo Voyazides and Simon Hadfield, which will go up against the 3-litre Toj SC302 of Kevin Wilkins.

Meanwhile the return to racing after a couple of years away by John Burton is another highlight. Burton raced 2-litre sports cars at international level in the early 1970s and will be a leading contender in his be-loved Chevron B26.

In the season that marks 50 years of the Chevron marque, at least five will be on the grid including the B19 of former Le Mans racer John Sheldon and the similar cars of Sandy Watson and Jonathan Loader. More cars from the former Martini Trophy include the Osella PA6/7 of musician Neil Primrose, the Vogue of Mark Williams and the Martin BM9 of George Douglas.

“This is the early stages of a long-term plan for the series and we’re very happy with both the quality and quantity of cars in the entry,” said Grahame White, CEO of the HSCC. “It is a good platform to build from.”