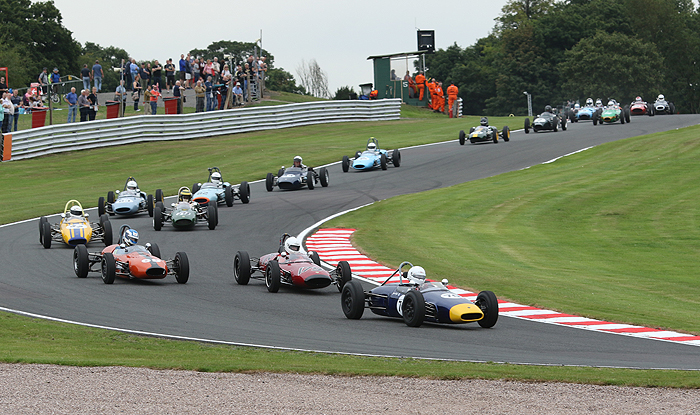 Four races at the Cheshire track will start the third sector of the World Tour, which will culminate in 2018 for the category’s Diamond Jubilee season. There will be double-headers for both front and rear-engined Formula Juniors and as many as 60 cars will be in action at a track with a strong period history for the class.

Formula Junior was an international race category from 1958 to 1963 at a time when race car development moved on dramatically as British constructors Cooper and Lotus led the move to rear-engined designs. The Oulton Park races will be topped by rear-engined cars from Cooper, Lotus and Brabham, while the earlier front-engined cars include pacesetters from Elva, Lola, Bond and Gemini.

The runaway success of Formula Junior as an historic category is amply demonstrated as the category builds up to its 60th birthday in 2018. The three-year Formula Junior Diamond Jubilee World Tour has races across the world and the Oulton Park races are the start of a northern European sector. After the Oulton Park races, the sector is completed by races at Zandvoort and Spa-Francorchamps in September.

In early July, the HSCC hosted a major Formula Junior celebration at the ‘Legends of Brands Hatch Super Prix’ when a category record entry of more than 100 cars took to the track.

“We’re delighted to continue our close association with the Formula Junior Historic Racing Association,” said Grahame White, CEO of the HSCC. “The 2016 Oulton Park Gold Cup is shaping up to be a wonderful event and having the Formula Junior Diamond Jubilee World Tour as part of the programme is great news.”