Formula 5000s to return to Thruxton 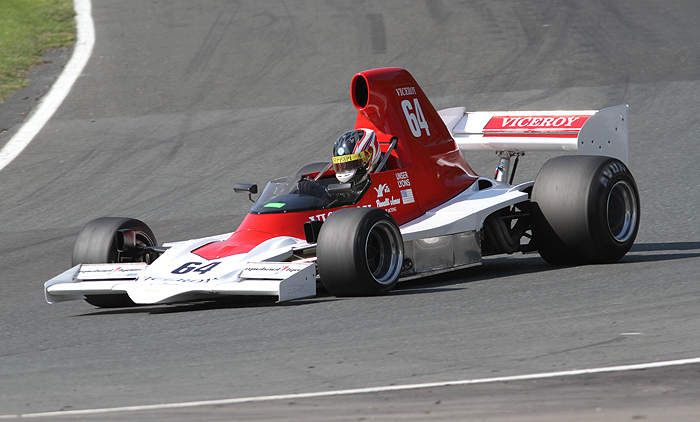 The spectacle of Formula 5000 cars back racing at Thruxton will be one of the highlights of the 2014 Thruxton Easter Revival Meeting (19/20 April) during the Historic Sports Car Club-organised race meeting.

The 5-litre monsters from the late 1960s and early 1970s will feature in a double-header for the Derek Bell Trophy. It is nearly a decade since Formula 5000s were last unleashed at the Hampshire track and close to 40 years since the final dedicated F5000 race at Thruxton. The Derek Bell Trophy races will also incorporate Formula 2 cars, which will again compete for the Jochen Rindt Trophy.

“I’ve been pushing for a long time to take the 5000s there,” said leading F5000 racer Michael Lyons. “I really enjoyed racing at Thruxton in Formula Renault and I love the idea of racing something with 500bhp there. It if doesn’t clash with my GT programme, I’ll be there. Thruxton is a proper circuit for these cars.”

The second Easter Revival meeting will mark 46 years since the first Formula 2 event in 1968, which was won by Rindt in his Brabham BT23C. The following season he won again at Thruxton in a Lotus 59 and then completed the hat-trick in 1970 in a Lotus 69. However, six month later, Rindt was killed in qualifying for the Italian Grand Prix at Monza. He duly became the sport’s only posthumous Formula One World Champion.