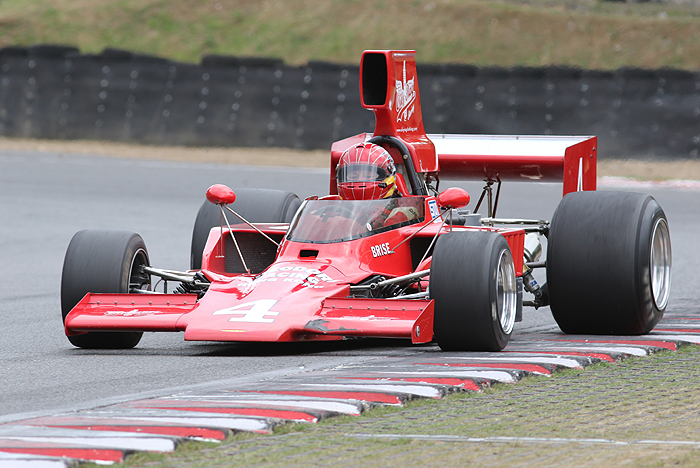 The ‘Race of Champions’ will return at the ‘Legends of Brands Hatch Super Prix’ (1-3 July) when the cars in the Historic Sports Car Club’s Derek Bell Trophy races compete for one of the best-known awards in the history of the Kent track.

The original ‘Race of Champions’ was run 14 times across 17 seasons at Brands Hatch as a non-championship Formula 1 race and was held early in the season before the start of the World Championship schedule. It was first held in 1965 as a two-part race and won by Mike Spence (Lotus 33), while other winners of this famous race included double winners Jackie Stewart and James Hunt, Emerson Fittipaldi and Gilles Villeneuve. The final winner, in 1983, was reigning World Champion Keke Rosberg in his Williams FW08C.

However, one of the most famous races came in March 1973 when Peter Gethin rocked the Formula 1 establishment by beating them all in his Formula 5000 Chevron B24. To boost the grids, Formula 5000s were often added to the non-championship F1 races in period, but no-one expected Gethin to win overall.

To honour the Formula 5000 story in the Race of Champions, the team at Brands Hatch has revived the famous title and the leading Derek Bell Trophy racer next weekend will claim a prestigious award.

Favourite for victory is young Michael Lyons, in his family’s Lola T400 while his father Frank handles the stunning Gurney Eagle FA74. Neil Glover has the hugely successful, and unique, ex-Gethin Chevron B37 in period VDS colours while cars from Trojan and Surtees join the Chevrons and Lolas.

In total, a dozen mighty Formula 5000s will be in action in a superb 25-car field that also includes Formula 2 and Formula Atlantic cars as well as the sensationally fast front-engined Classic Clubmans sports-racing cars. The two Derek Bell Trophy races will be held on Saturday and Sunday afternoons.