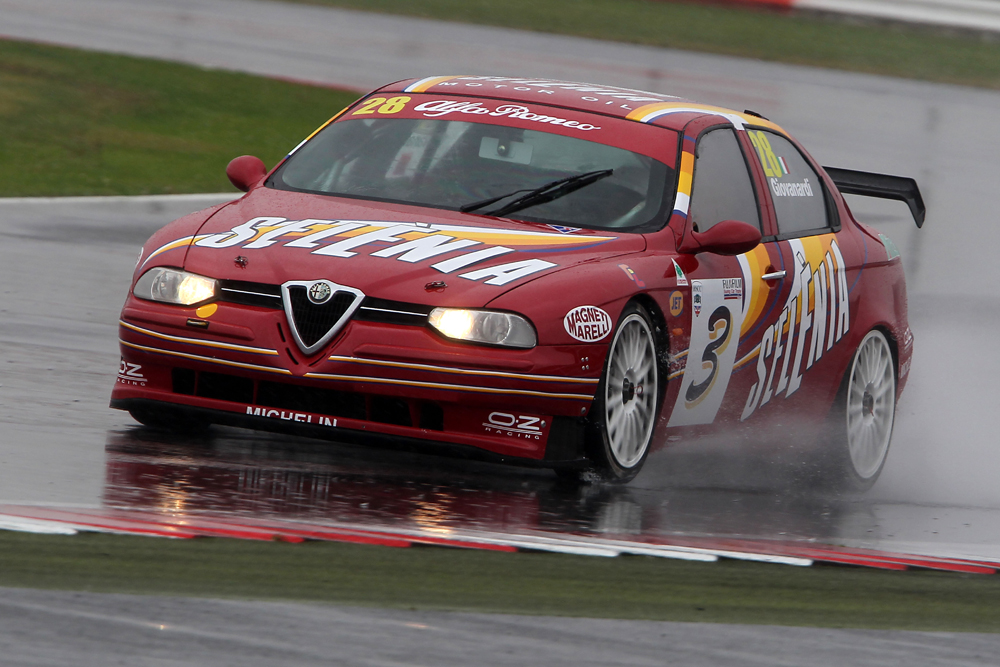 Two famous Alfa Romeo touring cars are due to race in this year’s HSCC’s Dunlop Saloon Car Cup, which starts at Silverstone on 22/23 May.

The twin Alfas have not been raced since 2016 but the growing support for the Dunlop Saloon Car Cup has persuaded John Pearson to bring both cars back to racing. The Giovanardi car may not be ready in time for Silverstone, so the brothers have a ‘Cologne’ Capri standing by as an interim substitute.

After the 1998 Italian Supertouring Championship, the Giovanardi car was sold to Euro Racing and spent three seasons in the Swedish Touring Car Championship. In 2006 the car was sold and used in the Slovenian Hill Climb Championship and was then sold to UK and Giovanardi was reunited with the car at a BTCC test at Oulton Park in 2008.

The Superproduction was built by Alfa Corse for Scuderia Bigazzi. It was later imported to the UK to run in BTCC with Gavin Pyper and remained in the BTCC until 2004. In 2005 it competed in the Nurburgring 24 hours with Brunswick Automotive. Both cars were raced by John and Gary Pearson at the Silverstone Classic from 2013 to 2016.

“We ran the Giovanardi car a few times at the Silverstone Classic and then we put it away until there were some good races again for the Super tourers,” said John Pearson. “This is my midlife crisis! With Alfas your brain says no, and then you just can’t help it! We thought it’d be nice for the DSCC to try and get the pair of them out again.”