F2 and Thundersports feature at The Classic, Silverstone 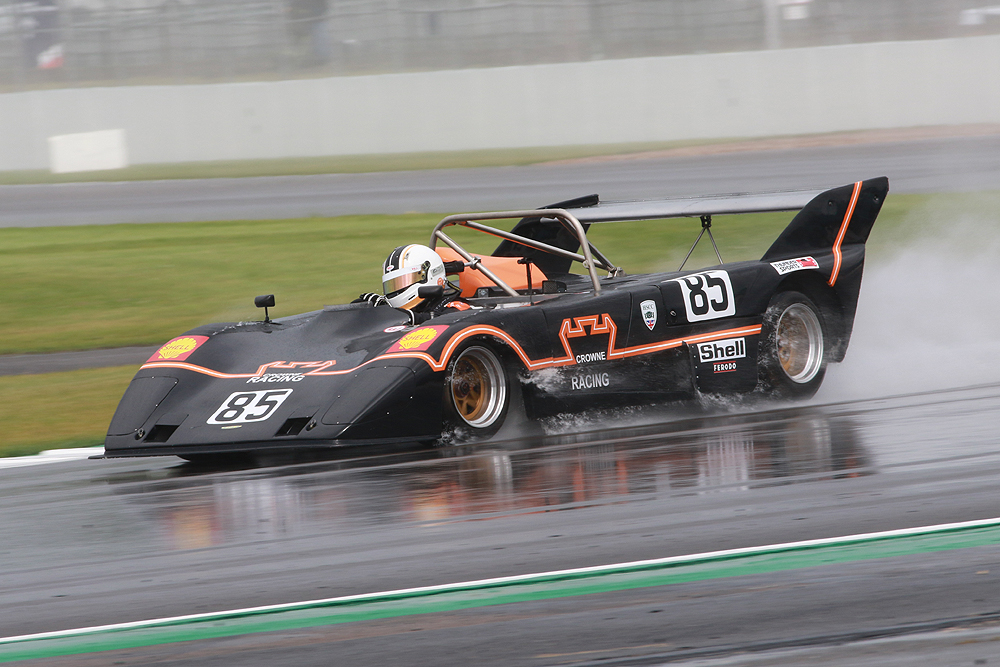 Two major grids from the Historic Sports Car Club were part of the stellar race line-up at The Classic, Silverstone (30 July-1 August).

The biggest historic racing festival returned after an enforced absence in 2020 and marked the 30th edition of the event. From the HSCC portfolio, Historic Formula 2 and Thundersports were in action and were joined by two non-championship races for Historic Formula Junior from the FJHRA.

In addition to providing two impressive grids the HSCC was also responsible for organising the on-track element of the event, which spanned three full days and included 21 races. Variable weather added a further challenge across the weekend but the programme was successfully completed in front of a large and enthusiastic audience.

HSCC CEO Andy Dee-Crowne said: “We are fortunate to have a very professional and experienced team of volunteer officials and marshals. We send sincere thanks to each and every one of them for the part they played at Silverstone.”

Matt Wrigley (March 782) and Andrew Smith (March 742) shared the Historic Formula 2 wins as plumes of spray made conditions particularly challenging on Sunday. Smith chased Wrigley home on Saturday but was able to tiger ahead on Sunday to make it one-apiece. “When Andrew went past I realised he was using completely different lines in the wet,” said Wrigley. 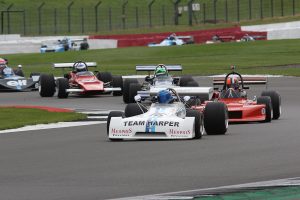 It was a lot wetter on Sunday as Griffiths again led the chase of the two leaders. Watts dropped back a little as De Silva headed Stretton to take fourth. Up into a fine sixth came Grant to head the Formula Atlantic cars, with Mercer making it two wins from the earlier Atlantic class. In the earlier F2 cars, Nick Pancisi (March 712) came through for class success.

The Thundersports race had to be stopped and re-started after heavy rain fell on the slick-shod pack. Calum Lockie (March 717) set the early pace after Dean Forward spun the McLaren M8F and nudged the wall at Brooklands but as the rain intensified Lockie lost time in the pit stop.

Tony Sinclair (Lola T292) dived ahead as Lockie gave chase despite having the March stuck in fifth gear. Lockie almost made it but needed one more lap to catch the rapid Lola and was just a third of a second adrift at the flag. “I just got my head down and I couldn’t see where I was,” admitted Sinclair who just pushed as hard as he could in the conditions.

Into a great third went Kevin Cooke (March 75S) after a mighty effort by the Nine-W team to fix a gearbox problem that struck in testing on Thursday. The rebuilt ‘box was back at Silverstone two hours before the start of qualifying and ready to run with 15 minutes to spare. Cooke repaid the team’s effort by taking a podium finish while the rest of the top six finishers all turned in impressive performances.

Chris Porritt and Ed Thurston took their Chevron B19 to fourth as Greg Caton topped the GT cars in fifth place in the ex-Richard Jenvey Lotus Esprit. It was the car’s first race in the UK for 40 years and Caton drove a strong race as Nick Pink (Lola T210) completed the top six. The Sports 2000 class win went to Ross Hyett (Lola T88/90) as Trevor Welsh (Lola T492) chased hard. 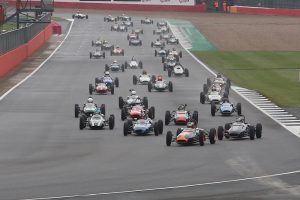 The Formula Juniors opened the racing in style with a showdown between the Brabham BT2s of Richard Bradley and Cam Jackson. Jackson made the early pace on Saturday as they edged clear of Alex Ames and Sam Wilson but Bradley dived ahead in traffic to secure victory. Twenty-four hours later Jackson took his revenge by leading from pole and edging clear on a damp track. Bradley chased and got closer as they lapped slower cars, but Jackson had it covered.