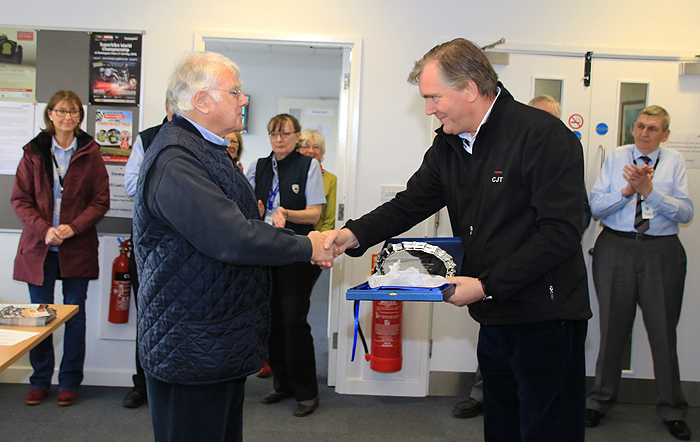 Donington Park circuit marked the 50th anniversary of the Historic Sports Car Club by making a special presentation during the Donington Historic Festival (30 April – 2 May).

A silver salver was presented by Christopher Tate, managing director of Donington Park Racing Ltd, to mark the 50th year of one of Britain’s leading race organising clubs.

Grahame White, CEO of the HSCC, accepted the salver on behalf of the HSCC. “This was a totally unexpected surprise and a very kind and thoughtful gesture from Donington Park,” said Grahame. “The club always enjoys events at Donington Park and we look forward to a successful on-going partnership.” The salver will now be prominently displayed at the HSCC club office.

As well as being the race organising club for the Donington Historic Festival, the HSCC also took its Historic Formula 2, Super Touring Trophy, Jaguar Classic Challenge and Pre-’80 Endurance races to the event as the four major historic race series started their 2016 schedules.