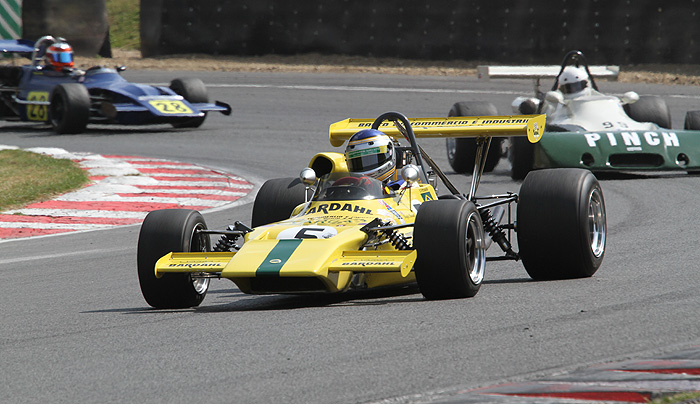 Six of the finest race tracks in Europe make up a superb schedule for the HSCC’s 2014 Historic Formula 2 Championship.

Events in five different countries make the 12-round Formula 2 programme truly pan-European, with races at Hockenheim, Spa-Francorchamps, the Nurburgring, Brands Hatch, Zandvoort and Dijon. Significantly, all six tracks have a period Formula 2 heritage.

With races in Germany, Belgium, Britain, Holland and France, the championship is expected to regularly attract grids of around 30 cars. The speed of the faster 2-litre cars is stunning and the series can sometimes rival Formula 1 as the fastest historic single-seater category.

The championship, managed by the Historic Sports Car Club, is open to cars built to period regulations for Formula 2, Formula Atlantic and Formula B, starting from 1967 and running right through to the end of the 1978 season. Later cars, designed to employ ground effect technology, are not permitted.

“This is a first class calendar taking in some great race tracks,” said Grahame White, CEO of the HSCC. “We’ve responded to the wishes of our competitors and organised a truly European schedule.”

The Historic F2 calendar is: