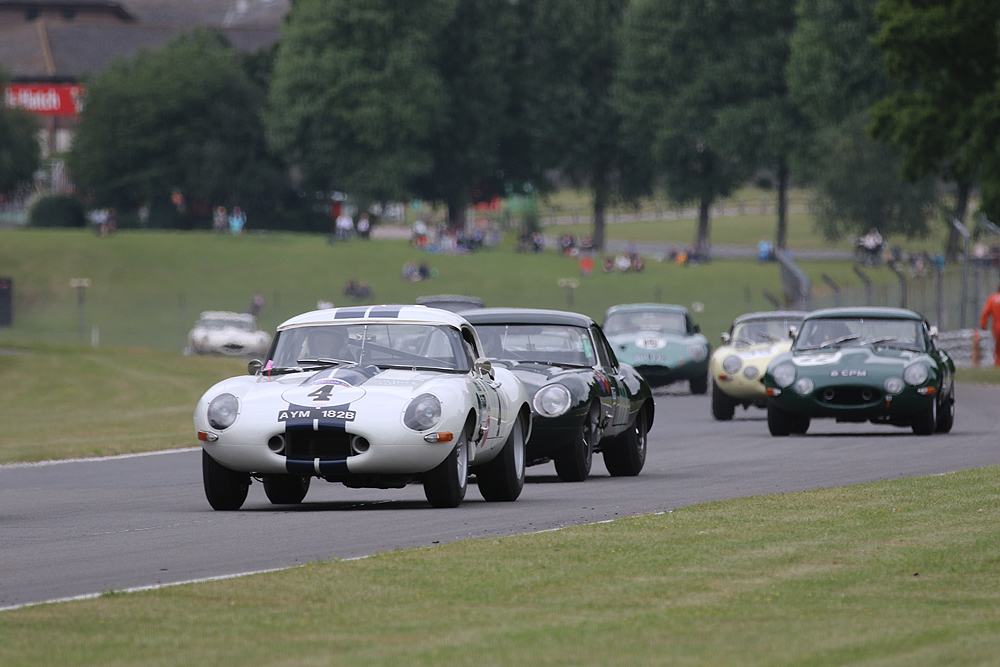 The fabulous Brands Hatch Grand Prix circuit is the next destination for the 2019 Jaguar Classic Challenge during the Historic Sports Car Club’s Legends of Brands event on 29/30 June.

During the opening two races of the season at Donington Park and Silverstone Grand Prix, more than 40 cars have competed in the Challenge, which now heads to Brands Hatch for a 60-minuite race on one of Europe’s best tracks.

The Brands Hatch Grand Prix loop and the E-type have historic ties as the famous extension to the Kent track was constructed in 1960, just as the prototype E-type, named E2A, was being developed ahead of production starting in 1961.

After the Brands Hatch race there will be a debut visit to the Croft circuit in North Yorkshire before the season concludes on the magnificent Spa-Francorchamps circuit in September. 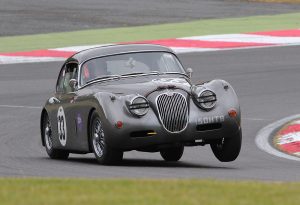 First run by the HSCC in 2011 to mark the 50th anniversary of the model, the E-type Challenge ran for three seasons and, after a year’s gap, was successfully followed by the Jaguar Classic Challenge, which is open to XK series, C-type, D-type, Mk1 and Mk11 saloons and pre ’66 E-types running to original specification. This year the HSCC has taken the Challenge into its fifth year.

Andy Dee-Crowne, CEO of the HSCC, said: “Brands Hatch Grand Prix circuit is one of the favourite tracks for any racing driver and we’re very pleased to be hosting the Jaguar Classic Challenge during our Legends of Brands event. The response to the opening two races of 2019 has been very good so we are expecting another strong entry at Brands.”

The staff and board of the HSCC were saddened to learn of the recent death of Jaguar’s former chief test driver Norman Dewis OBE. The veteran racer and tester was a very popular figure at Jaguar-related events and remained remarkably active until his death at the age of 98.