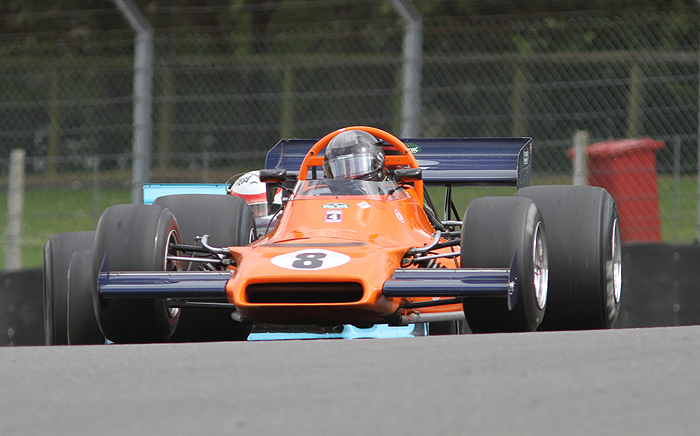 Fifty cars from across the HSCC’s extensive portfolio of race championships and series will take part in a 50th anniversary at the Silverstone Classic (July 29-31).

The Historic Sports Car Club was formed in 1966 and the club is holding a year of celebration events in 2016 to mark its golden jubilee. On the Sunday of the Silverstone Classic (July 31), a 50-car parade will show the breadth of the club’s race programme with at least three cars representing each of the club’s 16 championships and series.

To the fore of the parade will be club chairman Frank Lyons in his stunning Formula 5000 McRae GM1, representing the Derek Bell Trophy. Lyons’ car is one of only around 15 cars built by New Zealander Graham McRae in 1972 and 1973. Other cars from the Derek Bell Trophy taking part will include the Surtees TS8 of Chris Atkinson.

“We have a tremendous line-up of cars for this 50th anniversary parade,” said HSCC Chief Executive Officer Grahame White. “We are very grateful to the Silverstone Classic team for allowing us the opportunity to show the diverse range of cars that race with the HSCC.”

The HSCC is proud to be the organising club for the racing element of the Silverstone Classic.